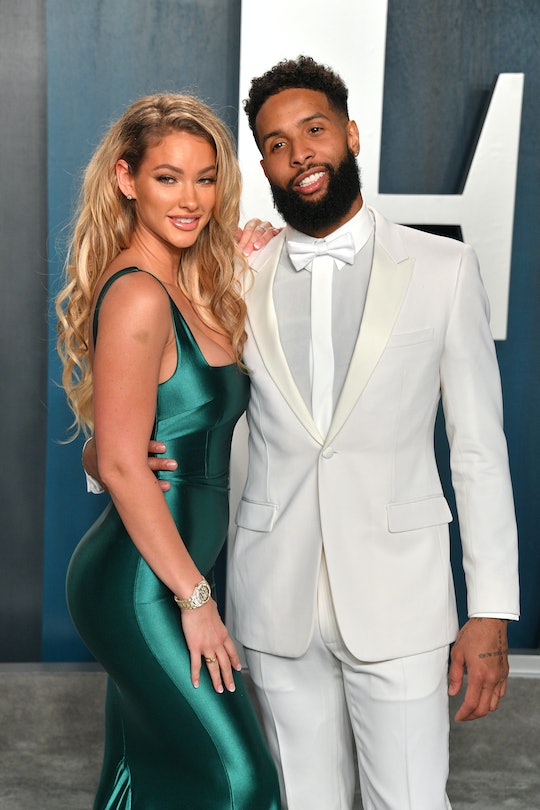 “THE biggest blessing I’ve ever had in my life arrived here on earth!

Odell Beckham Jr. just scored another special touchdown! The Los Angeles Rams Super Bowl champion is officially a first-time father now that he’s welcomed a baby boy with his girlfriend Lauren Wood, 28. The NFL star announced the news on his Instagram on Wednesday, revealing that his newborn son, Zydn, was born on Feb. 17. It’s a day that he calls “the biggest blessing” in his life.

“The words, I can’t even put together for the overwhelming emotions that ran thru me … a moment I will never forget and cherish forever,” he captioned his post, sharing pictures of himself and Wood cuddled up with the newborn. “Zydn was born at that moment I knew my life changed for the better.”

Beckham Jr. went on to express his praises to Wood, who announced her pregnancy on her Instagram back in November. “Lauren Wood, u changed my life forever and delivered the most beautiful gift of all… EFFORTLESSLY!” the new dad wrote on Instagram. “Ur strength throughout this gives me the courage to keep goin because i now kno with u by my side and holding it down for me, I can get thru anything. I love u so much.”

The couple has been respectfully private about their relationship, but they have been linked together for the past three years. The arrival of Zydn is one of two reasons Beckham Jr. has to celebrate this month alone. The veteran wide receiver also just had a successful knee surgery, which he also noted in his son’s birth announcement. “And so the journey continues; 2-22-22; the stars are all aligned; surgery was a success,” he wrote. “Like I’ve said all along ‘IT WAS WRITTEN.’ Im just sticking to the script and seeing where God will take me.”

There was some speculation that Wood would deliver on Super Bowl Sunday, which Beckam Jr. was reportedly on standby for in case it happened. But one of his teammates did have their bundle of joy on Sunday, Feb. 13; Rams’ wide receiver, Van Jefferson’s wife welcomed a baby boy that night.