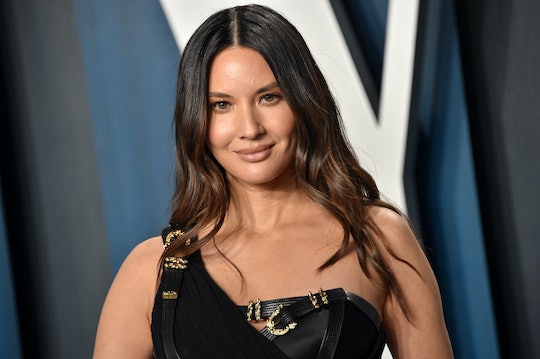 Olivia Munn Opened Up About Her Pregnancy For The First Time

“There’s been a big ‘ole mom tribe that comes up. I’ve heard about it, but they really come up in full force.”

Days after comedian John Mulaney confirmed that he and Olivia Munn are expecting their first child together, the actress opened up about her pregnancy for the first time in a recent interview with Access.

“I’ve been feeling really good and just the outpouring of love and support has been really amazing,” the Newsroom actress told Access host Mario Lopez. “There’s been a big ‘ole mom tribe that comes up. I’ve heard about it, but they really come up in full force. There’s a really great dad tribe, too. Everyone who comes up is really supportive and it means so much to me.”

Munn’s interview came shortly after Mulaney’s appearance on Late Night With Seth Meyers where the comedian revealed that he and Munn started dating in the spring and said that she helped him through his recovery after he relapsed and entered a rehab facility. “She’s kind of held my hand through that hell and we are having a baby together...I’m going to be a dad,” he told Meyers.

While Munn hasn’t shared when she is due, the mom-to-be told Lopez that they’ve decided to keep the baby’s sex a surprise. “It’s a good surprise to find out,” she said. “There’s very few surprises in life.”

Although Munn will become a mom for the first time in a matter of months, she is already a “dog mom” to two pups, Chance and Frankie. And while some people claim that dogs can pick up on pregnancy, Munn told Access that she thinks they have no idea that there is a bun in the oven. “I’ve actually been really surprised,” she said. “People tell me that your dogs can pick up on those kinds of things but they’ve been walking over my stomach. They don’t care. They have no idea what’s happening.” Perhaps her dogs will pick up on her pregnancy eventually. They definitely will once there’s a little one taking up all their mom’s attention.

More Like This
Doria Ragland Finally Breaks Her Silence In Harry & Meghan
Meghan Markle Wrote An Emotional Poem About Being A Child Of Divorce When She Was 12
Aww! 2-Year-Old Archie Is "Very Happy" To Be A Big Brother
'Harry & Meghan' Shares Never-Before-Seen Photos Of Archie & Lilibet