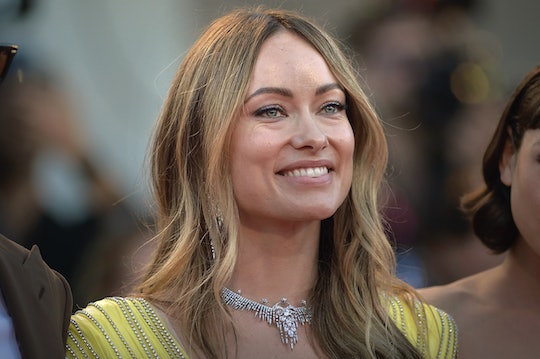 They both prioritize their kids.

Olivia Wilde and ex-fiance Jason Sudeikis can agree on one thing as parents: their kids, 8-year-old son Otis and 5-year-old daughter Daisy, come first. Sure, the Don’t Worry Darling director admitted during an interview with Kelly Clarkson that co-parenting is not without its challenges, but she’s finding her way as a single mom of two.

Wilde spoke to fellow single mom Clarkson on Wednesday about what co-parenting with her ex, Ted Lasso’s Jason Sudeikis, really looks like. “It’s tough,” Wilde admitted to Clarkson, “re-shaping a family is tricky.” She went on to note that she found one real “benefit” in her situation.

“It’s allowed for some really deep conversations with my kids about emotions and about happiness and about what family means and love. It’s actually allowed me to get to know them in a different way. My priority is them, as long as they’re happy and they’re healthy; my ex and I agree on that. They are everything to us.”

She and Sudeikis initially parted ways in November 2020 after a seven-year engagement, and naturally any breakup can be difficult. But Wilde told Clarkson she thought it was perhaps especially difficult given the very public nature of their separation. “If you can surround them with so much love, then it’s OK. But it’s tricky because we’re not doing it in private.”

Sudeikis also spoke about his new life as a single dad back in 2020 when he told GQ, “I’ll have a better understanding of why in a year,” he said at the time. “And an even better one in two, and even a greater one in five, and it’ll go from being, you know, a book of my life to becoming a chapter to a paragraph to a line to a word to a doodle.”

The pair made headlines recently when Wilde was served custody papers at a 2021 Comic-Con event while she was on stage, an incredibly public moment for a private affair that had her telling Vanity Fair at the time, “Unfortunately, I wasn’t shocked. Unfortunately, that was consistent with my experience of the relationship.”

As time goes on, it seems Wilde and Sudeikis will continue to find their footing as co-parents. Because they agree on the absolute most important thing; the kids are their top priority.

More Like This
Jason Sudeikis Says His Kids Have "A Lot Of Notes" About Ted Lasso
Alec & Hilaria Baldwin Welcome Baby #7, And Revealed Her Cheerful Name
Rihanna's First Post Since Giving Birth Confirmed She's Performing At The Super Bowl
Gabrielle Union Admits She May Be Becoming A Bit Of A Dance Mom With 3-Year-Old Kaavia