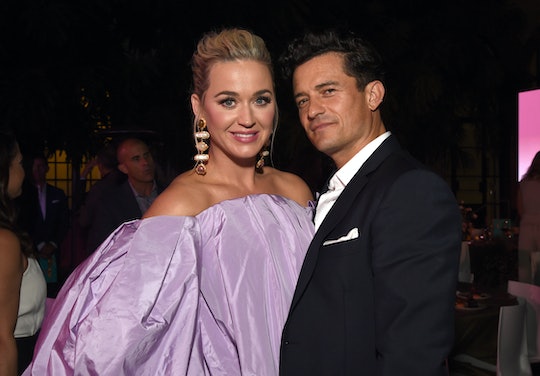 “Katy and I take turns to see who can get out the biggest booger.”

Orlando Bloom is a dad of two, and he’s clearly really good at it. Like, dedicated in a way that might make some a bit squeamish. Not Orlando Bloom. The Lord of the Rings actor steps up to the plate to suck snot out of his own baby’s nose like a total champion and even makes a game out of it with his fiancée Katy Perry.

Bloom, who shares 10-year-old son Flynn with ex-wife Miranda Kerr and 1-year-old daughter Daisy with Perry, recently shared in a comment on Frida Baby’s Instagram page that, like many parents, he has sucked snot out of his baby’s nose. Frida Baby’s Instagram post featured a video from TikTok’s @mo_momaa using a tool intended to suck snot out of baby noses. Specifically, the SnotSucker by FridaBaby. The device is basically a baby nose cleaner, where a tube is placed in a baby’s nose and a parent sucks on the other end to ensure any excess snot is removed to help prevent colds and infections.

Of all the baby gadgets out there, this is arguably one of the less glamorous. And Orlando Bloom is apparently all about it. As is Katy Perry.

“I’ve sucked so much snot with this thing. Katy and I take turns to see who can get out the biggest booger,” he wrote in his comment, which was captured by Comments By Celebs. “So far she’s winning or maybe she’s losing? Lol Parenthood is weird but at least our daughter can breathe at night.”

Katy Perry and Orlando Bloom suck snot out of their daughter’s nose.

Bloom did not reveal where all the snot sucking falls in their daily routine, but it sounds like more of a nighttime ritual than anything. Perry shared her morning ritual with daughter Daisy, a Virgo who apparently loves her routine, in November, and snot sucking didn’t make the list. “I try to start my day out with my daughter, playing and having some floor time with her. Reading some books,” she told the Wall Street Journal. “It usually varies what time we're waking up, 7 or 8 a.m. Sometimes I get to sleep in and Daddy takes her until 9, which is super. But we do breakfast together.”

These proud parents certainly aren’t the only ones out there who are manually clearing snot out of their child’s nose. But they do seem inordinately proud of finding “the biggest booger.”