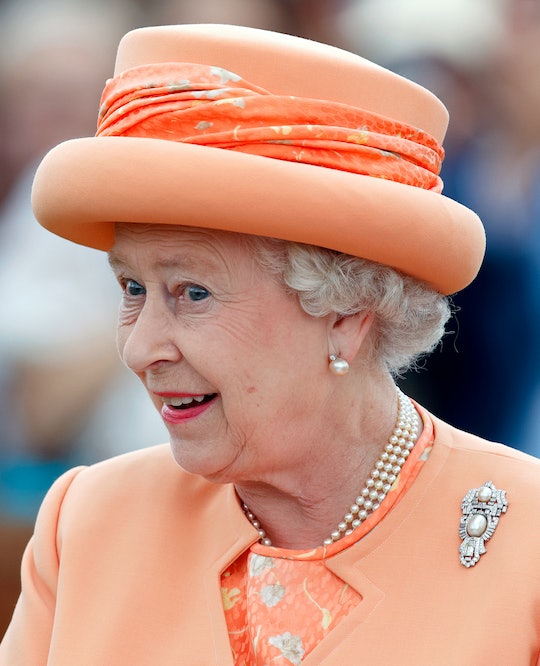 At least she’d be surprised?

Imagine being so comfortable with Queen Elizabeth that you call her “girl.” Actually don’t imagine that, it might be considered treason to even consider being that informal with Her Majesty. And yet, it has happened. Photographer David Bailey once called the queen “girl” during a photo shoot, and he lived to tell people about it so that’s probably a good sign.

Traditionally speaking, when addressing Queen Elizabeth, people are asked to refer to her on first mention as “Your Majesty” and “ma’am” from that point forward. Unless, of course, you are a member of her family. Then you can call her things like “Lilibet” (her beloved father King George VI’s name for her), “Cabbage” à la her late husband Prince Philip, and my personal favorite, “Gary,” which is what Prince William called her as a little boy. If you are not family, however, I would recommend you stick with Your Majesty and Ma’am. Not girl.

Bailey, who photographed royal family members over the years including Queen Elizabeth and Princess Diana, spoke to The Telegraph about coaxing a laugh out of Her Majesty back in 2014. He jokingly asked her if her jewels were real. “I said: 'I bet that cost a few bob, girl.’”

Bailey admitted he didn’t even realize he had called the queen “girl,” noting in his interview, “It just came out. I call everyone ‘girl.’”

Fortunately for Bailey, Queen Elizabeth laughed. And he explained why the word had slipped out, “But she was girlish. Made a real effort. We had a laugh. Beautiful skin, the queen.”

All is forgiven with that compliment, surely.

Queen Elizabeth is not the only member of the family to have been spoken to with such accidental familiarity. Recently the Duke and Duchess of Cambridge were visiting a market in Wales where one of the vendors called them “Will and Kate,” and much like the Queen, they were supremely unconcerned about it.

Which rather begs the question; is all of this familiarity for the royal family? Or is it all part of the enforced mysticism surrounding them? Are we the ones who need to keep up proprieties and refer to the royal family as “Your Majesty” or “Your Highness,” or are they the ones who are insisting?

All I know is, if I ever meet Prince Charles I’m calling him “Chuck” just to see what happens.