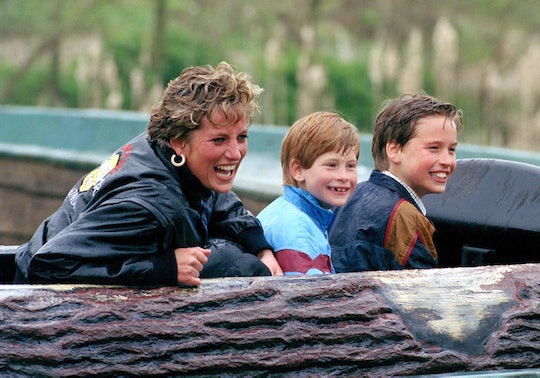 Photos Of The Royals Laughing & Just Having A Jolly Good Time

Sure, they might have reputations for having the quintessential British stiff upper lip and all that, but these photos of the royals laughing are proof that they know how to cut loose and have a good time. In fact, the royals seem to have a tendency to marry people who make them laugh, so if you're hoping to marry a prince or princess you might want to work on cultivating that funny bone just in case.

Certain members of the royal family are better known for their easy sense of humor than others. Prince Harry, although no longer a senior member of the royal family, certainly comes to mind. As does his older brother Prince William, which bodes well for the monarchy since he is second in line for the throne. The two sons of Prince Charles and the late Princess Diana appear to have come by their love of laughter naturally, if these pictures offer any insight.

Prince Charles in particular seems to be always laughing or just about to laugh. Even Queen Elizabeth herself seems to believe in the old adage that laughter is the best medicine. (She is the longest reigning British monarch in history, so there has to be something to it.)