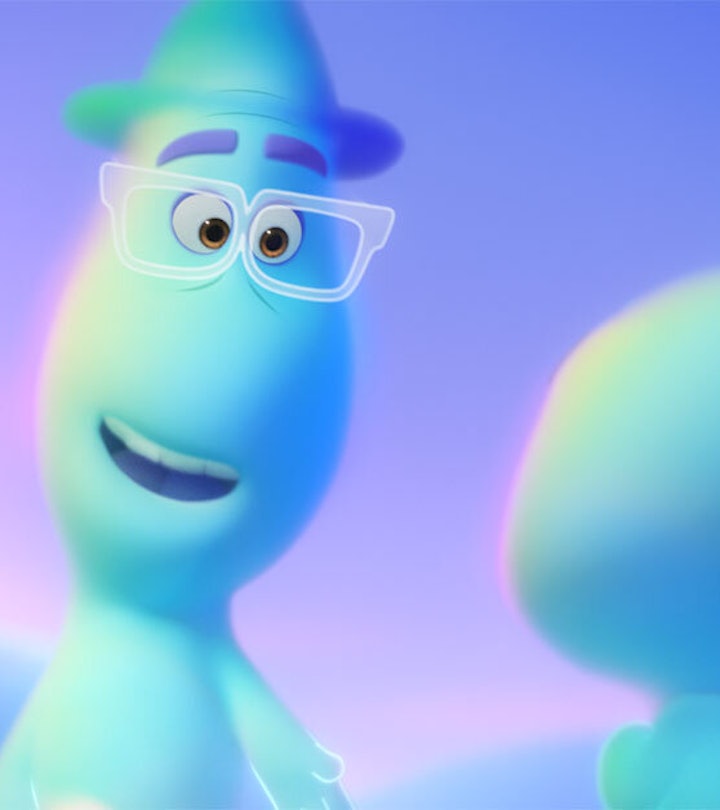 And are taking away a few valuable life lessons, too.

Once again, Disney has ignited a sorely-needed spark in our hearts, as evidenced by these tweets about Pixar's new movie Soul. The animated movie premiered on Disney+ on Christmas Day and has viewers feeling awfully emotional.

Unlike Mulan, which premiered with a $30 price tag, Soul is free to watch with a Disney+ subscription and tells a beautiful story the whole family can appreciate it. Some major Soul spoilers are ahead, so read on at your own risk.

Starring Jamie Foxx as Pixar's first Black leading character, Soul tells the story of a jazz teacher named Joe Gardner, who finds a renewed purpose in life after experiencing a near-death experience. After falling down a manhole, Gardner's soul becomes trapped in a limbo spot called the "Great Beyond," where souls are placed to learn personalities. Once they acquire their traits, they are given an "Earth pass" to come to Earth and live a human life. In order to move on, Gardner is tasked with mentoring one of these souls named 22 (voiced by Tina Fey), who never cared for life and saw no purpose in it. Through a bit of a Freaky Friday moment, 22 is encouraged to live by Gardner's teachings and in the process, Gardner relearns the value of his existence.

The message is beautiful and one that can be taught at any age: life is priceless — you only get one of them and you should live it to your fullest potential. So, understandably, Soul has left Disney and Pixar fans feels all sorts of heartwarming emotions and analyzing the movie's main message.

More Like This
The Best Family-Friendly Movies To Get You In The Mood For Summer
The New Avatar Movie Will Tell A Family-Centric Story & It Looks Amazing
Obi-Wan Kenobi On Disney+ Is More Kid-Friendly Than You Probably Expected
Are You There God? It’s Me, Margaret Is Finally Heading To The Big Screen