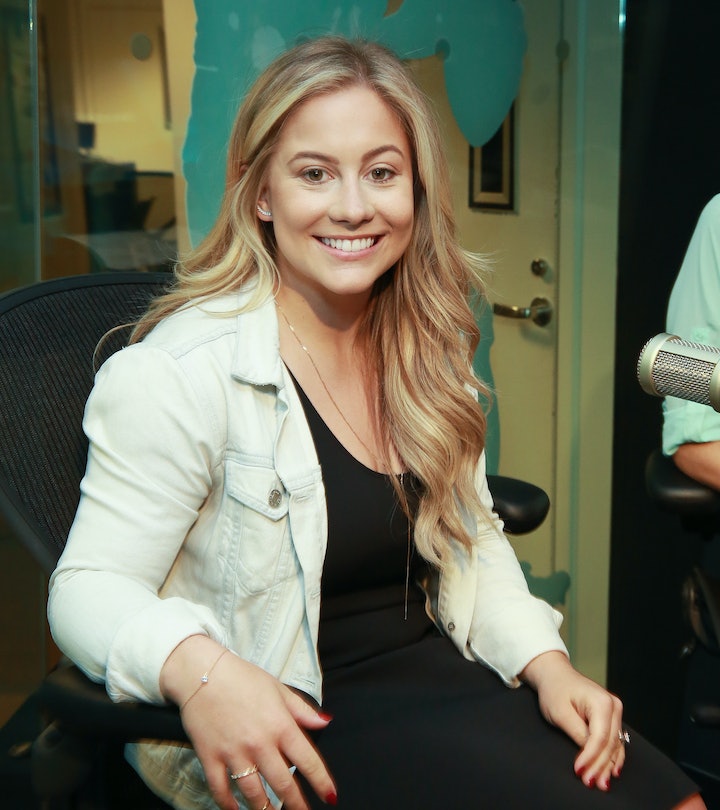 Dropping her 18-month-old off before church turned into an emotional ordeal for Johnson, who is currently pregnant with her second kid.

Olympic gold medalist Shawn Johnson revealed “mom guilt” had left her crying in church over the weekend. The former gymnast, who is currently pregnant with her second child, said dropping her 18-month-old daughter Drew off for Sunday school had left her an emotional wreck when the young tot expressed her sadness at being separated from her mama.

“I spent half of church crying in my chair because Drew was sad going into Sunday School this morning,” Johnson wrote in an Instagram post shared Sunday. “It’s probably just pregnancy hormones but the amount of mom guilt I felt killed my soul.”

Johnson’s experience of having to drop an upset child off is a hard one, and it’s something most parents are probably familiar with. But while Drew may have felt sad going in to Sunday school, Johnson said staff soon reported the tot was happily playing. However, that update did little to ease the guilt Johnson was feeling. “They texted us 2 minutes later to say she was happy and playing but I still continued to cry,” Johnson wrote.

The 29-year-old former Olympic gymnast is currently expecting her second child with husband Andrew East. “[Drew] you are going to have a BABY BROTHER!!” Johnson revealed over Instagram in March.

Johnson had first announced she was pregnant in a YouTube video shared in January, revealing that a false negative from an at-home pregnancy test had initially tricked her and East into thinking they weren’t pregnant when they were. Shortly after sharing the news of her pregnancy, however, Johnson tested positive for COVID-19. Thankfully, Johnson’s case appeared to be mild and after one particularly rough night, the former Olympian said she was “feeling much better” and thought she was “on the up and up,” according to the entertainment news outlet ET Online.

Since then, Johnson has been candid about how her pregnancy has affected her hormones and moods. “Just came across this again and started crying,” Johnson said when sharing an older photograph of her and Drew in late April. “My hormones are out of control. I can’t believe how fast time is flying. [Drew] I LOVE YOU SO MUCH! You bring me so much joy.”

She expressed a similar sentiment of being overwhelmed with emotion on Sunday, when recounting how dropping Drew off upset had left her feeling guilty. “It’s sometimes so hard to handle all of the love my heart feels for this little human and I never want to make the wrong decision for her,” Johnson wrote on Instagram. “Andrew quietly held my hand as I pulled myself back into the reality that she is ok and this is normal. But dang... my heart.”