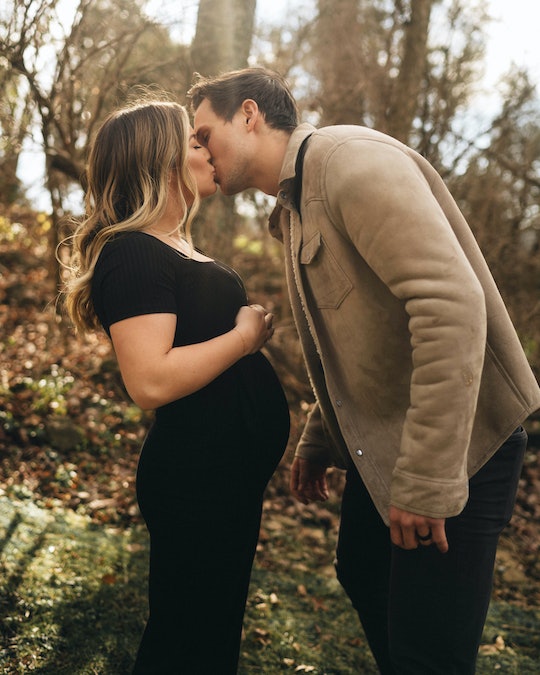 Shawn Johnson Is Pregnant With Baby #2

As she wrote herself in a sweet Instagram post, "here we go again." Olympic gymnast Shawn Johnson is pregnant and expecting her second child with her husband, football player Andrew East.

Johnson and her husband, who are already parents to 14-month-old daughter Drew Hazel, shared the exciting news on Instagram and on their YouTube channel, where they gave some details about their journey. As East explained at the outset of the video, it all started "with Shawn not being nice to me. And I thought, 'Hey, last time she was like this was when she was pregnant."

The first time around, as they shared in the video, it took awhile for the couple to get pregnant. And Johnson explained that her doctor had recommended they wait for a year after their first daughter's birth in October 2019 to start trying again. Once they were given the all clear, how long did it take for them to get pregnant? According to East, "about two minutes."

Shawn Johnson and Andrew East are expecting their second baby.

The couple shared the news that the due date was some time in summer 2021, and they both have a feeling that the baby is a boy.

Johnson suffered a pregnancy loss in 2017 before welcoming daughter Drew. It was a difficult time for the couple, and a moment Johnson acknowledged in their YouTube video. "If you are pregnant, trying to get pregnant, if you're trying to adopt, if you're in the process of expanding your family or recently suffering from a loss, we are praying for you," she said. "All those beautiful babies out there, all those rainbow babies, all those babies in heaven. We love you guys."