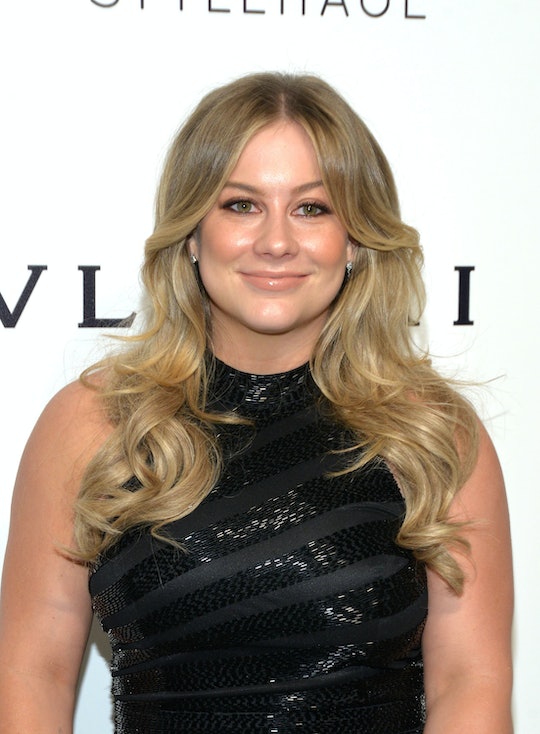 After the excitement of discovering she was going to become a mom for the second time, this had to be difficult: Pregnant Shawn Johnson-East gave fans an update on her COVID-19 diagnosis recently, and you have to give the Olympic gymnast credit. She's really staying as positive as could be expected considering what a roller coaster ride this must have been for her.

Johnson-East and her husband Andrew East announced through their social media channels in January that they were expecting a little sibling for 15-month-old daughter Drew Hazel later this year, which was naturally exciting news for the couple. Unfortunately, not long after their announcement came the news that both she and her NFL player husband had tested positive for COVID-19, telling fans via an Instagram Story on Jan. 31, per E! News, "Not going to lie… I'm nervous knowing I'm positive. It's been a long two weeks of RSV [Respiratory syncytial virus] with Drew and now this… my body is just exhausted."

According to the CDC, pregnant women are at an increased risk for severe illness, preterm birth, and even death due to COVID-19. No wonder the expectant mom was feeling nervous when she tested positive. Particularly since Johnson-East told fans she had a history of asthma.

Shawn Johnson-East tested positive for COVID-19 during her pregnancy.

Fortunately, Johnson-East updated fans on her health on Tuesday with a bit of good news via another Instagram Story. She told fans her "last night was probably my worst night, I coughed all night, that was bad," she noted. "But like, during the daytime I feel really good, my headaches are gone, my sore throat is finally gone, it was a bad sore throat."

Things are apparently improving all around for the pregnant mom, who went on to thank her fans for their support now that she's feeling a bit better. "I feel winded, but that's pregnancy and not more than usual. And, since I have had asthma, I'm pretty hyperaware of my breathing and when it's labored. So far, I feel pretty good."

Despite testing positive for COVID-19 while pregnant, Johnson-East admitted "I do still consider myself a very lucky one, I think I have it pretty mild."

While there is still fairly limited data on COVID-19 and pregnancy, it certainly does sound as though Shawn Johnson-East was pretty lucky to be feeling better so quickly.

Hopefully now she can get back to the business of preparing to be a mom of two in the near future.