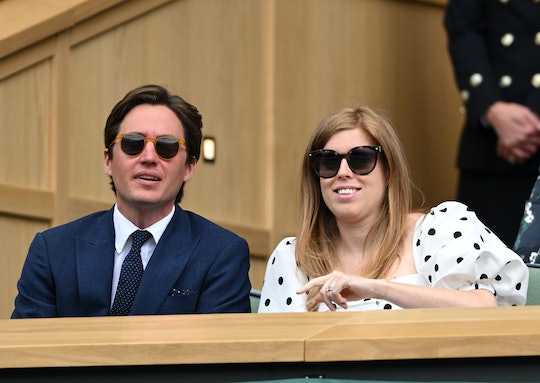 Princess Beatrice Opens Up About About Growing Up With Dyslexia

“I think it’s really important for every parent, that they feel that they are not alone in this.”

As she prepares to welcome her first child, Princess Beatrice has opened up growing up with a learning disorder and what she wants parents of children who also have the “gift of dyslexia” to know.

Queen Elizabeth’s 33-year-old granddaughter, who is currently expecting her first child with her husband, Edoardo Mapelli Mozzi, told Hello! that she’s hoping to “change the narrative” about dyslexia. “Honestly, what inspired me to talk about dyslexia, the way that I have, is because I really want to change the narrative a little bit towards something that is positive, that is impactful, I think can really help everyone,” said Princess Beatrice, who was diagnosed with dyslexia when she was 7 years old.

Dyslexia is a type of learning disorder that affects a person’s ability to read, write, and spell, according to the Centers for Disease Control and Prevention (CDC). The Yale Center for Dyslexia and Creativity estimates that dyslexia affects 20% of the population and many Yale alumni with dyslexia, like Princess Beatrice, reported in a survey that they view their disability as an “asset.”

“I was very lucky when I was first told that I had dyslexia, not one person around me ever made me feel like it was a ‘lesser than’ scenario,” Princess Beatrice told the magazine. “It was always about moving forward, it was always about what you could do. Never what you can’t.”

This is not the first time Princess Beatrice has been open about her diagnosis; she has been a patron of the Helen Arkell Dyslexia Charity since 2013, which helped her with her dyslexia when she was growing up. And in March, Princess Beatrice recorded the narration for the children’s book, Xtraordinary People with the hope of inspiring “every dyslexic child to know that they too can tap into their dyslexic strengths.”

Being diagnosed with dyslexia, Princess Beatrice explained to Hello!, has helped her look at things in new ways. And while she said she might not be the best at homeschooling her 4-year-old stepson, Christopher Woolf, who is referred to as “Wolfie,” she has been able to find her strengths. “Yes, my spelling is appalling, and I wish I could do something about that,” she said. “But luckily, spellcheck has sorted that out for me.”

As Princess Beatrice and Mapelli Mozzi, who is also dyslexic, look forward to welcoming their first child together this autumn, the royal said she is eager to support their child with the tools she has learned, regardless of whether or not they are dyslexic. “I think it’s really important for every parent, that they feel that they are not alone in this,” she told the magazine. “My husband’s also dyslexic, so we’ll see whether we’re having this conversation in a couple month’s time with a new baby in the house, but I really see it as a gift. And I think life is about the moments, it’s the challenges that make you.”