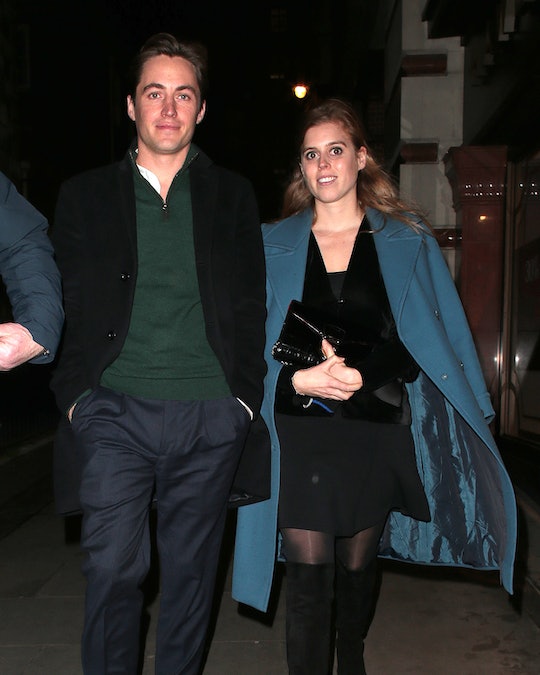 Princess Beatrice Is Pregnant With Her First Child

This will be Queen Elizabeth II’s 12th great-grandchild!

There’s about to be a new royal baby in town! Just 10 months after tying the knot with Edoardo Mapelli Mozzi, the royal family announced on Wednesday that Princess Beatrice is pregnant and expecting her first child and the queen is very delighted with this information.

Princess Beatrice is due this autumn, the royal family shared on Wednesday, not releasing a specific due date in the announcement. “The Queen has been informed and both families are delighted with the news,” the royal family said in a statement.

Although this is the first child for the couple, Princess Beatrice already has some experience with being around little kids. Mapelli Mozzi is the dad to a 4-year-old son, Christopher Woolf, who is reportedly known as “Wolfie,” from a previous relationship.

In an interview with Evening Standard in March, Princess Beatrice opened up about her new role as a stepmom, sharing her favorite activity that she does with Wolfie. “This year, I had the great honour to become a stepmother, and have had the most remarkable time going back over some of my most favorite stories at bedtime,” she said. “My stepson has been, as many children have, home schooling this term. Helping him to engage with stories is a great journey to inspire imagination, creativity, independence, and humor.”

Wolfie is a “much loved” member of the royal family, according to the Daily Express, and is seen as a grandchild to Princess Beatrice’s parents, Sarah Ferguson and Prince Andrew.

This Will Be The Queen’s 12th Great-Grandchild

This new royal baby will have plenty of playmates to grow up with. Princess Beatrice’s younger sister, Princess Eugenie, welcomed her first child — a son named August Philip Hawke Brooksbank — in February. And Princess Beatrice’s cousin, Prince Harry, and his wife, Meghan Markle, are expecting their second child, a daughter, due this summer. Just imagine how cute that playdate would be...