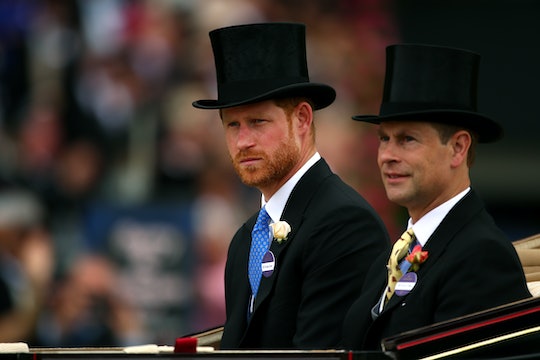 “That’s families for you.”

As the youngest son of Queen Elizabeth, the Earl of Wessex is in something of a unique position. Until recently he did not have the same level of responsibility thrust on him as his oldest brother and future king Prince Charles, but he certainly wasn’t able to just live a quiet, private life either. So he is in a position to understand the struggles of his nephew Prince Harry and Meghan Markle better than most.

Just days after the couple welcomed their baby girl, Lilibet “Lili” Diana, in California, Prince Edward spoke out about that famous “rift” in the royal family. And his words were those of a gentle uncle who just wants everyone to get along.

Prince Edward spoke to CNN on what would have been his late father, the Duke of Edinburgh’s, 100th birthday on June 10. He explained that Queen Elizabeth was faring “actually remarkably well” following the loss of her husband in April. “I think that it was a fantastic partnership, but over the last couple of weeks, life has got considerably busier,” he told the news outlet. “Things are beginning to open up more, there are more activities so weirdly that sort of fills any particular void.”

The conversation then turned to one about royal family and their relationship with the Duke and Duchess of Sussex since they left their senior royal roles to live in California. The pair have been open about their struggles as part of the monarchy, particularly during an interview with Oprah Winfrey in March. When Prince Edward was asked about the “rift,” he responded simply, “it’s very sad,” before elaborating, “Listen, weirdly we've all been there before — we've all had excessive intrusion and attention in our lives. And we've all dealt with it in slightly different ways, and listen, we wish them the very best of luck.”

“It's a really hard decision,” he added.

Prince Edward opened up about Prince Harry and Meghan Markle.

The Earl of Wessex, who is father to 18-year-old daughter Louise and 13-year-old son James with wife Sophie, went on to say he was happy to hear about the couple’s new baby daughter, no matter what happens in a family. “It's difficult for everyone but that's families for you,” he said.

Prince Edward and his wife have both made it clear that they consider themselves a family above all else, with Sophie telling The Telegraph after Prince Philip’s funeral, “We are still a family no matter what happens, we always will be. No matter what.”