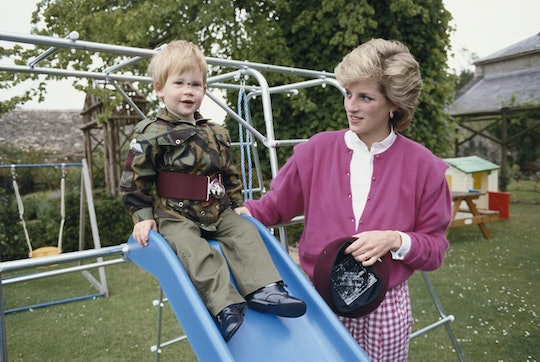 “She was quite simply the best mother in the world.”

In 1997, Princess Diana was just 36 years old. She was newly divorced, parenting her 15-year-old son Prince William and 12-year-old son Prince Harry. And on Aug. 31, she died in a car crash in Paris. Her death changed the royal family, but most of all it changed her two young sons. And now, 25 years later, Prince Harry plans to mark that sad anniversary by sharing stories about his late mother with his own children, 3-year-old Archie and 1-year-old Lilibet.

During a speech last week at the 2022 Sentebale ISPS Handa Polo Cup, Prince Harry opened up about how he planned to remember his mother on the 25th anniversary of her death. “I want it to be a day filled with memories of her incredible work and love for the way that she did it. I want it to be a day to share the spirit of my mum with my family, with my children, who I wish could have met her.”

The Duke of Sussex went on to note that the word Sentebale translates to “forget-me-not” in Lesotho, adding, “Every day, I hope to do her proud. She was tireless in her work to support and stigmatize those experiencing HIV/AIDS. Fittingly, her favorite flowers were forget-me-nots. I hope we can remember my mother’s legacy by recommitting to those we serve, whoever and wherever that may be.”

Prince Harry has always worked to keep his mother’s memory alive, but since becoming a father himself he feels her presence all the time. “For me, (her presence is) constant,” he told TODAY. “It has been over the last two years — more so than ever before.” When asked if he spoke to his son Archie about his mother, Prince Harry said, “Very much so. I don’t tell him all the stuff that happened, but certainly, ‘This is Grandma Diana,’ and (I) brought a couple photos up in the house.”

Of course Prince Harry wants to be sure to keep his mother’s memory alive; as he once said of his mother’s impact on his life, “Behind the media glare, to us two children, she was quite simply the best mother in the world.” And so he continues to make sure his own children know all about her.

Princess Diana’s legacy will not be forgotten. Not by the millions of people around the world who loved her, not by her sons, and not by a little boy and a little girl living in Montecito, California. Her grandchildren. Her real legacy.