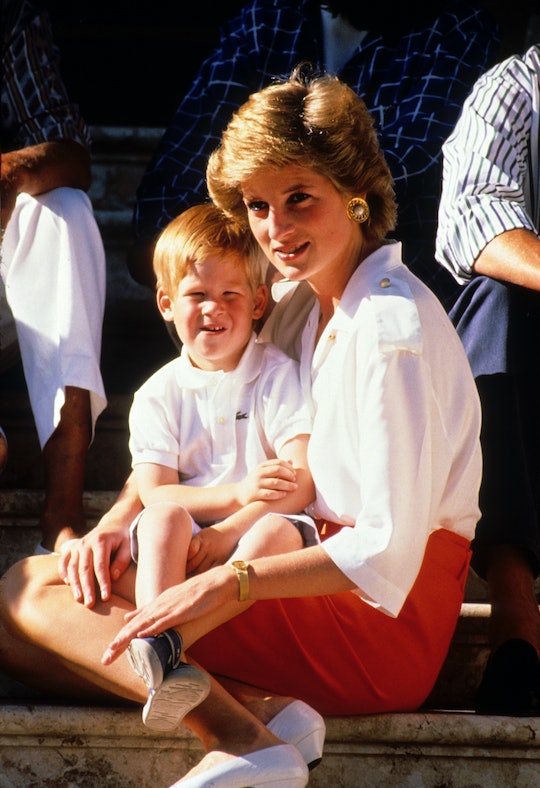 He feels her presence “more than ever before.”

It has been almost 25 years since Princess Diana tragically passed away. A quarter of a century for her sons, who were only 15 and 12 years old at the time, to figure out how to become themselves without her. Become husbands, fathers, and philanthropists with only her memory to guide them. And yet she remains a presence not just in their lives, but in the lives of her grandchildren. Prince Harry shared recently that he talks to his 2-year-old son Archie about “Grandma Diana” now that he’s old enough to understand a little, and he is feeling her presence constantly.

Prince Harry spoke to Hoda Kotb for TODAY at the 2022 Invictus Games in The Hague recently, and as it so often does, the subject of his mom was brought up. Kotb asked Harry, “Do you tell them, or do you tell Archie since he’s old enough, about your mom?” He answered, “Very much so. I don’t tell him all the stuff that happened, but certainly, ‘This is Grandma Diana,’ and (I) brought a couple photos up in the house.”

Becoming a parent to Archie and 10-month-old sister Lilibet “Lili” Diana with wife Meghan Markle has made him feel his mother’s presence even more than before. “For me, it’s constant,” he explained. “It has been over the last two years — more so than ever before.”

The Duke of Sussex has a theory about why he feels his mother’s presence even more strongly now. “It’s almost as if she’s done her bit with my brother and now she’s very much helping me,” he shared. Harry’s older brother Prince William has three children with wife Kate Middleton, 8-year-old Prince George, 6-year-old Princess Charlotte, and 3-year-old Prince Louis. Prince Harry feels that his mother’s presence was there for Prince William to “set him up” with his children and has now shifted to him.

Certainly both of Princess Diana’s sons are keeping her memory alive for their children. Prince William’s three kids all wrote cards for “Granny Diana” on Mother’s Day last year, with Princess Charlotte writing that “Papa is missing you,” and one of Archie’s first words was “Grandma.”

In a perfect world, Princess Diana would still be with her sons and their families. She would only be 60 years old. But her influence and love for them live on. Her presence lingers on both sides of the ocean.

More Like This
Why Prince Harry Feels Lucky To Be A "Father With A Platform"
Meghan & Harry Celebrated Their Anniversary As A Family Of Four For The First Time
Prince Harry Is A Proud Girl Dad & He’s Got The T-Shirt To Prove It
Kate Middleton Explains Why Her Kids Couldn't Attend The Top Gun: Maverick Premiere