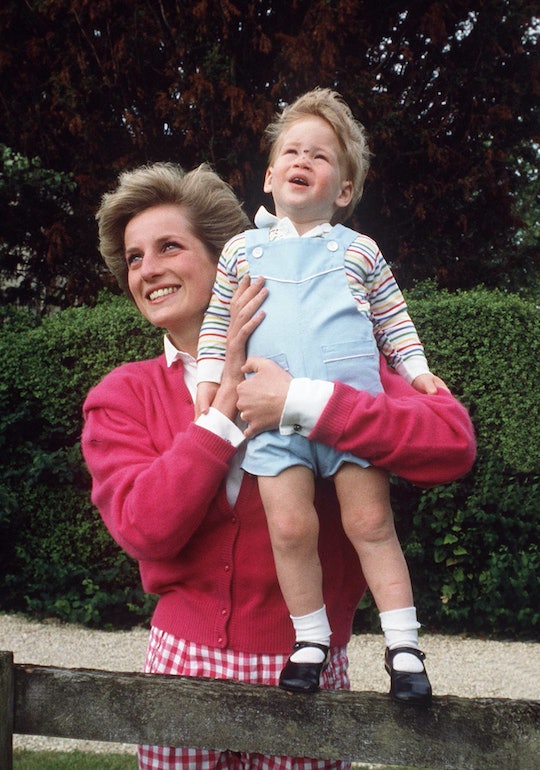 Random House announced pivotal details about Prince Harry’s highly anticipated memoir this week, including its cover photo, release date, and perhaps most notable of all, the title. The Duke of Sussex’s new book is called Spare, and the name could well have a rather heartbreaking nod to his beloved late mom, Princess Diana.

Spare, which will be released on Jan. 10, 2023, is set to be a “remarkably personal and emotionally powerful” story from Prince Harry. One that will touch on one of the worst moments of his life; losing his mother Princess Diana when he was just 12 years old. “It was one of the most searing images of the twentieth century: two young boys, two princes, walking behind their mother’s coffin as the world watched in sorrow—and horror,” his memoir synopsis reads. “As Diana, Princess of Wales, was laid to rest, billions wondered what the princes must be thinking and feeling—and how their lives would play out from that point on. For Harry, this is that story at last.”

The word “spare” has long been used in the royal family to describe the second son in the family. As in “the heir and the spare.” In this case referring to heir to the throne Prince William and his younger brother, the “spare” son of King Charles and the late Princess Diana, Prince Harry. According to Princess Diana’s private royal chef Darrin McGrady, Princess Diana was all too aware of the difference between the way the royal family looked at her own two sons, the heir and the spare. “She always used to say, ‘William is deep like his dad and stubborn, and Harry is a hothead like me; he does the first thing that comes into his head,” McGrady told The Daily Mail. And so she devised her own plan for her sons, telling McGrady, “They will look after the heir and I will look after the spare.”

Certainly Prince Harry has talked about how he believed his mother took care to watch out for his future. In his interview with Oprah Winfrey in 2021 he opened up about how the royal family “cut him off financially” but his inheritance from his mother helped him forge his own path. “I have what my mum left me. I think she was this coming,” he said at the time.

She did, indeed, take care of the “spare,” and he is telling their story.