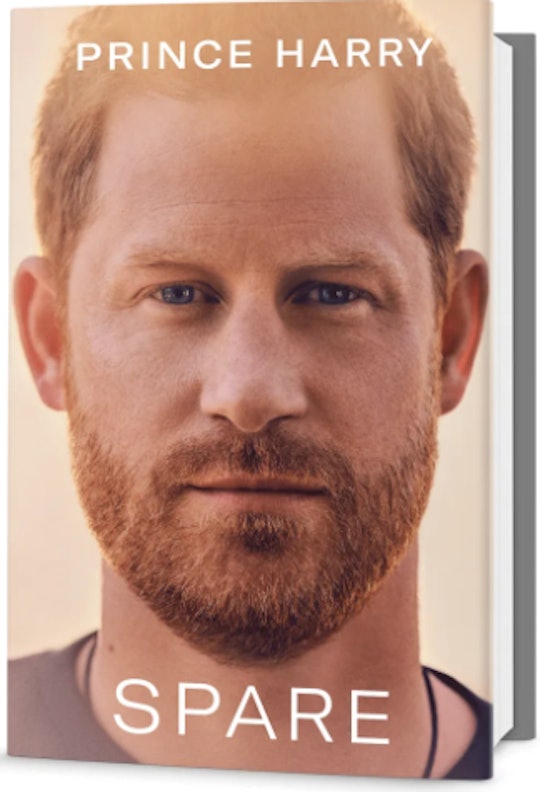 “For Harry, this is that story at last.”

Random House has announced new details of Prince Harry’s much-anticipated memoir, including the name of his first book and release date. The Duke of Sussex has called his memoir Spare, and the significance of that word to his life can truly not be understated. Here’s everything you need to know ahead of the book’s release next year.

While Random House did not share Prince Harry’s reason for choosing the title Spare, the word is presumably a nod to the old phrase “the heir and the spare,” referring to the heir to the throne (his older brother Prince William) and himself, the “spare.” As the second son of the King of England, Prince Harry’s role in the royal family would have been vastly different from his older brother, even when the two were children. His book seems likely to touch on what that experience has been like for him throughout his entire life.

Prince Harry will discuss the impact of losing Princess Diana.

Prince Harry has been increasingly more open about discussing the trauma he dealt with after his mother died at the age of 36 in a 1997 car crash in Paris when he was just 12 years old. Perhaps especially since he and wife Meghan Markle walked away from their senior royal roles to live private lives with their two children, 3-year-old son Archie Harrison and 1-year-old daughter Lilibet Diana. According to the synopsis of his new book, Prince Harry will be delving into exactly how that loss changed the course of his life.

“It was one of the most searing images of the twentieth century: two young boys, two princes, walking behind their mother’s coffin as the world watched in sorrow—and horror,” his memoir synopsis reads. “As Diana, Princess of Wales, was laid to rest, billions wondered what the princes must be thinking and feeling—and how their lives would play out from that point on. For Harry, this is that story at last.”

The memoir is expected to be full of “raw, unflinching honesty,” and Random House is calling Spare a “landmark publication full of insight, revelation, self-examination, and hard-won wisdom about the eternal power of love over grief.”

Prince Harry will narrate the audiobook.

Prince Harry’s father King Charles has declined to offer any sort of statement regarding his son’s memoir, according to a Buckingham Palace spokesperson who spoke with The Washington Post.

When will Spare be released?

Random House will be releasing Spare worldwide on Jan. 10, 2023 as both an audiobook and a physical memoir. Spare is currently available for pre-order in the United States, Canada, the UK, and Ireland. It should make for an informative read for royal fans, to say the absolute least.

This article was originally published on Oct. 27, 2022