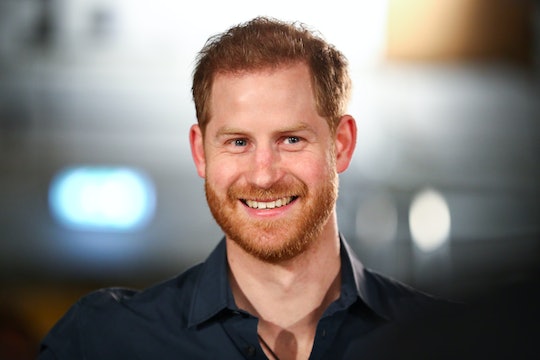 Prince Harry has always been a royally enthusiastic “Girl Dad,” so it’s no surprise that he might open about about his daughter’s most exciting achievements. At a recent event for WellChild, a UK charity for seriously ill children, the Duke of Sussex shared some sweet updates on his own kids, revealing that 3-year-old Archie continues to be one busy little toddler, while Lilibet is learning to use her voice.

The prince participated in the philanthropic ceremony by chatting with several inspirational children (one even impressing the royal with his clever knock-knock joke!). The Duke of Sussex also enjoyed a video chat with another boy who shares his given name, Henry.

Harry was quite taken with little Henry, who even reminded him of his own little boy. “You sound just like my son Archie, with that little squeaky voice. I love it,” he said. Later in the conversation, the sweet boy showed off his impeccable British manners and actually asked the prince how Archie and Lilibet were doing.

“Archie is very, very busy. And Lili is learning to use her voice, which is great,” Harry shared.

In a recent video uploaded to YouTube, the WellChild charity shared the entire video of Prince Harry’s heartfelt chat:

As a self-proclaimed “proud papa,” Prince Harry has been known to share some of his daughter’s big milestones. When Lilibet was on the move at only 10 months old, the Duke of Sussex was just like a regular dad excited to tell the world of his little girl’s first big step. When the big moment finally happened, he revealed to People that Lilibet’s “current priorities are trying to keep up with her brother; she took her first step just a few days ago.”

During the WellChild Awards, Harry didn’t actually divulge what Lilibet might actually be saying— whether she is singing her ABCs or just making her little demands known out loud to her family of four. But since her famous mama Meghan Markle now hosts one of the most popular podcasts on the planet, it makes sense that little Lilibet might take after her mother and be a talented speaker too.

Now we’re just waiting for Harry to spill the beans on Lilibet’s actual first word. While the Duke of Sussex has already revealed the touching detail that “Grandma” was one of his son’s very first baby articulations, we’re betting the prince might have his fingers crossed for his daughter to also say: “papa.”