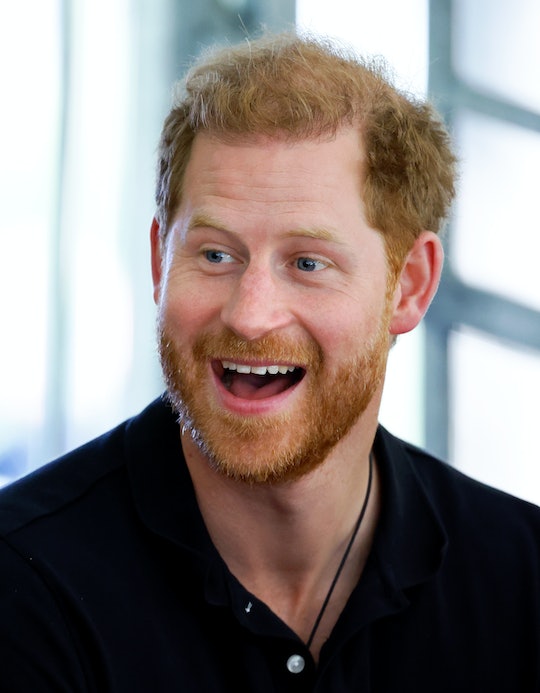 “I walked straight into that, didn’t I?”

As a father of two and a well-known philanthropist, it’s no surprise that Prince Harry has a soft spot in his heart for children. The Duke of Sussex recently displayed just how big his royal heart is when he videochatted with several brave kids for the 2022 WellChild Awards. This event is run by a UK charity for seriously ill children and their families that celebrates their astonishing resilience. And while all of the conversations between Harry and his little fans were really special, one especially funny boy stole the show when he told the the prince a clever knock-knock joke that took the royal by surprise.

In a recent tweet the WellChild organization shared the adorable exchange between the California-based royal and humorous kid. For those always looking for a good laugh, here’s how the comedy went down when the prince asked to hear a joke and then also kidded to “keep it clean.”

“Will you remember me in a day?” asked the little boy.

“Will you remember me in a month?”

“Will you remember me in a year?”

“Who’s there?” said Harry, falling right into his comedic trap.

“You already forgot me!” the boy exclaimed.

And with that winning punchline, of course, Prince Harry was quite tickled. “I walked straight into that, didn’t I? Nice. Ok I like that. Very, very good,” he said.

Prince Harry and Megan Markle both have an admirable history supporting the WellChild organization and have attended several previous award ceremonies. Harry recently revealed that he and his wife were in attendance when she was pregnant with their first child, Archie. In an incredibly emotional speech from a previous WeChild Awards night, the Duke of Sussex broke down in tears as he opened up about being a father-to-be:

"Last year, when my wife and I attended, we knew we were expecting our first child — no one else did at the time, but we did — and I remember squeezing Meghan's hand so tight during the awards, both of us thinking what it would be like to be parents one day," he said. "And more so, what it would be like to do everything we could to protect and help our child should they be born with immediate challenges or become unwell over time."

"And now, as parents, being here and speaking to all of you pulls at my heartstrings in a way I could have never understood until I had a child of my own," Harry continued.

While interacting with sick children can be a very delicate matter, Harry was incredibly warm and gave all of the children that he spoke to his undivided attention.

Hopefully Harry will add the new joke he learned to his building arsenal of dad jokes to someday make Archie and Lilibet smile too. As the Duke of Sussex carries on the family legacy of service, surely Harry’s late Granny would also be proud.