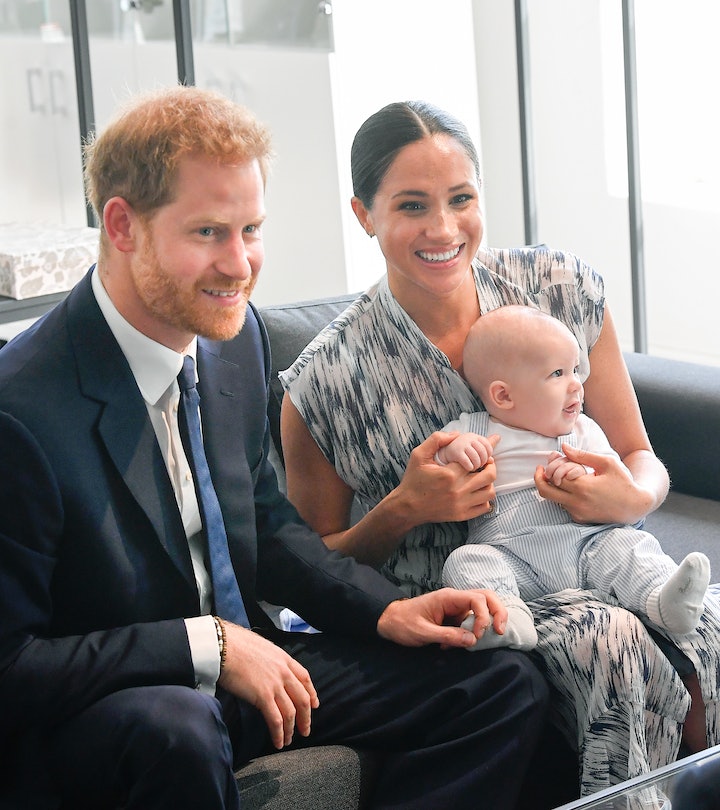 They’re both redheads for starters.

Royal fans can’t get enough of little tidbits about the oldest child of the Duke and Duchess of Sussex. Perhaps it’s because we’ve seen so few glimpses of him, or perhaps it’s simply because the bits of Archie we do know about remind us all of another little royal boy we once knew. Prince Harry himself, Archie’s dad and, in so many ways, his doppelgänger. They’re two peas in a pod, this father and son duo. And we can’t get enough of it. Here are just 10 ways they are alike.

When Meghan Markle gave birth to her first child with Prince Harry on May 6, 2019, they named their little boy Archie Harrison Mountbatten-Windsor. Harrison, after his own father Harry. That’s a sort of lovely bond for father and son to enjoy.

Neither of them have to bear the weight of the crown.

While both Archie and his dad were born into the royal family, neither one of them have to deal with the fear of becoming king someday. Not really. Yes, they are certainly both in the line of succession, but Prince Harry was knocked down three places after his older brother Prince William and sister-in-law Kate Middleton welcomed their own three children, Prince George, Princess Charlotte, and Prince Louis. This means that he comes in at a comfortable sixth on the line of succession, while Archie is behind him at seventh. The unlikelihood of either of them becoming king affords them both a significant level of freedom, especially now that they have moved away from the royal family to live in California.

Archie was born in May, that perfect month when the weather is neither too hot nor too cold and everyone is excited about the summer coming. At the other end, Prince Harry was born in September. Another perfect month when the weather tends to be exactly what you want. I think their birth months landing in shoulder season gives them both a bit of an easy-breezy attitude.

They were baptized at the same place.

Prince Harry was taken to St. George’s Chapel in Windsor Castle to be baptized by his parents, Princess Diana and Prince Charles in December 1984 when he was just 3 months old. More than three decades later, his own son was christened at the very same church, where Meghan and Harry were married a year earlier. Clearly a special place.

Their names are technically nicknames.

I’m not judging here, but technically “Archie” and “Harry” are both traditionally nicknames. Archie is short for Archibald, for instance, while Harry is actually named Prince Henry Charles Albert David. Their use of nicknames set this father/son duo up as true casual pals.

In an interview with Hoda Kotb, Prince Harry admitted that his son had picked up on his “cheeky” personality. “The cheekiness is something that keeps you alive. There is just so much to be happy about in the outside world, but there is also so much to worry about,” he said at the time. Plus that makes them both more fun to be around.

Prince Harry has long been a passionate philanthropist, considerate of other people and using his platform time and again to make other people’s lives easier. That seems to be rubbing off on little Archie, who apparently loves to remind guests visiting his California home to “hydrate” and “drive safe” when they leave, his parents proudly told Oprah Winfrey in 2021.

Meghan is a legendary cook and baker, which is good news for her son and husband. It seems her banana bread has become a favorite snack for Prince Harry, while she makes her son his favorite breakfast of waffles on a waffle iron given to him by Queen Elizabeth herself.

That red-head gene is strong.

Both Archie and his 1-year-old sister Lilibet “Lili” Diana have inherited their dad’s iconic red hair.

Archie has his own chicken coop called “Archie’s Chick-Inn” at his Montecito home. He also has two best pals in the family dogs. The sweet boy seemed to inherit this love of animals from his dad, who was often photographed as a little boy playing with animals and hugging dogs with so much love.

The father and son are so alike in so many ways. Best friends from birth on, it seems.