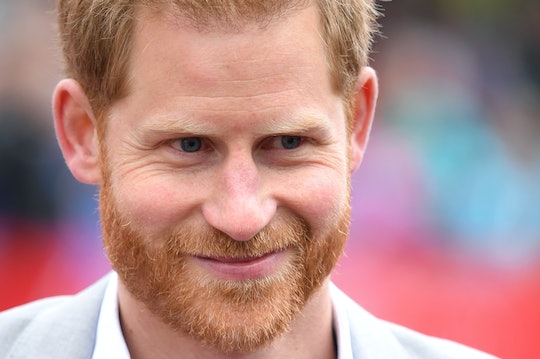 "The moment you become a father, everything really does change."

Ever since the birth of little Archie Harrison Mountbatten-Windsor in May 2019, the lives of the Duke and Duchess of Sussex have been altered profoundly. And in a recent video chat, Prince Harry opened up about how fatherhood has changed him, specifically making him more focused than ever on creating a world that's better for his child's future.

Prince Harry sat down for a video interview with the environmental conservation streaming platform WaterBear in his capacity as President of African Parks. While the Duke of Sussex might not be a senior member of the royal family any longer, he continues to work with and support organizations he believes in. Especially organizations that are working to address climate change and clean up the environment for future generations.

He is, after all, a dad. And, as he told WaterBear in a video message, his new role has shifted his focus completely. “The moment you become a father, everything really does change," Prince Harry said. "Then you start to realize, well, what is the point in bringing a new person into this world when they get to your age and it’s on fire? We can’t steal their future. We really can’t. That’s not the job we’re here for. I’ve always believed that hopefully, we can leave the world in a better place than when we found it.”

Prince Harry wants to make the world a better place for his son.

Prince Harry has long been a philanthropist, following in his mother Princess Diana's footsteps with his passionate support for charities like conservation, mental health, and most recently, creating safer spaces for people online. He wrote about the potential damage social media is doing to the next generation in an August op-ed for Fast Company, and again wrote about his role as a father in wanting to keep digital spaces safe for kids, "Because, if we are susceptible to the coercive forces in digital spaces, then we have to ask ourselves — what does this mean for our children? As a father, this is especially concerning to me."

The proud dad has made it clear every chance he gets that "our little man is our number one priority," as he said in August, although both he and his wife Meghan Markle have a pretty altruistic second priority, "we're just doing everything we can to try and play our part in trying to make the world a better place." In the end, it's all about giving Archie the best possible world.