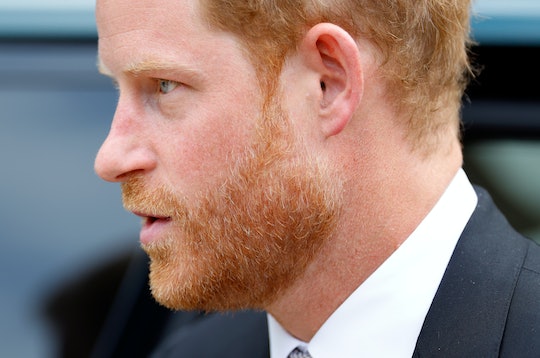 He works with a mental health coach.

Prince Harry recently sat down to interview Olympic snowboarder Chloe Kim in his capacity as Chief Impact Officer for mental health company BetterUp. During their informal chat, the dad of two got candid about how he deals with his own mental health issues and revealed he has his very own mental health coach, who he says it helps with his “mental fitness.”

The Duke of Sussex has long been a proponent of seeking help for mental health, and further opened up in a short clip from the BetterUp interviews where he spoke to Kim as well as psychologist Adam Grant and BetterUp user Blu Mendoza. “We all have greatness within us,” he explained in a voiceover in the video shared on YouTube. “Mental fitness helps us unlock it. It's an ongoing practice, one where you approach your mind as something to flex, not fix.”

As a former senior royal, Prince Harry spoke to Grant about what he saw during his travels around the world meeting all different types of people. “What I saw was the similarities of experiences of trauma, of loss, of grief, of being human. That building up of resilience is absolutely critical.”

He went on to talk to fellow BetterUp user Mendoza, and they both agreed that they needed to do more than survive through the day, they needed to “thrive” through the day. “How do you know?” Mendoza asked him, and Prince Harry replied, “I think we maybe have the same coach.” Coincidentally enough, Meghan Markle used the same phrase in 2019 to explain her unhappiness as a senior member of the royal family. Maybe all three of them are using the same mental health coach.

Prince Harry has been open about protecting his own mental health in recent years. He and the Duchess of Sussex are currently raising their two children, 3-year-old Archie and 1-year-old Lilibet, at their Montecito, California home, and Prince Harry admitted in February that he has found important ways to prioritize his mental fitness. “I’ve now put in about half an hour, 45 minutes in the morning when it’s like, ‘OK, one of the kids has gone to school, the other one’s taking a nap,” Prince Harry said at the time. “There’s a break in our programs. I either… work out, take the dog for a walk, get out in nature, maybe meditate.”

As he explained in the BetterUp video, mental fitness is an ongoing practice. One Prince Harry seems to enjoy immensely.