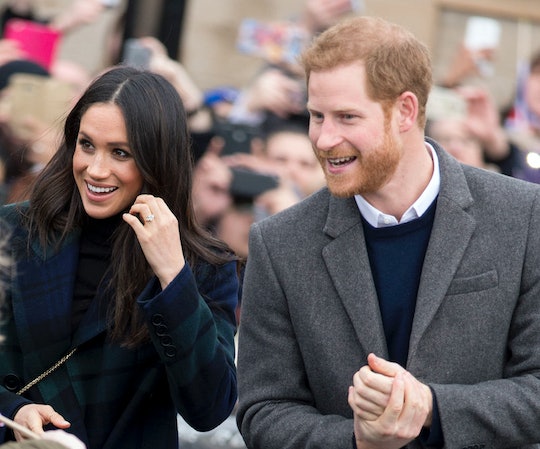 Thanks to the Sussexes, the town of Montecito got to see Santa ride down the street in an antique fire truck!

Prince Harry and Meghan Markle did a very neighborly thing for the holidays this year. The couple sponsored their town’s holiday festivities. Thanks to the Sussexes, Montecito, California residents were able to have the town’s first-ever holiday car parade this year.

With a “Holiday Magic” theme, the first Annual Montecito Holiday Car Parade took place on Dec. 13 and included lots of garlands wreaths, toys, tinsel, holiday music, and Santa Claus riding down the street in an antique fire engine, according to The Montecito Journal.

“Thanks to the many parade sponsors including Prince Harry and Meghan Markle who were first to donate,” the local publication wrote in a Dec. 14. article.

As The Mirror reported, Sharon Byrne, the chief of the Montecito Association, told ITV’s Good Morning Britain that Harry and Meghan reached out to the association and offered their assistance with issues they were having. “They came to the fourth of July parade and no one knew it was them and they waved at everybody at the fourth of July parade and then they called me and they said we'd really like to help with that,” Byrne told Good Morning Britain. “So I said we had a Christmas parade coming up, why don't you do that and so they did.”

“I have to tell you that Harry and Meghan did sponsor our first ever Montecito holiday parade,” Byrne also said. “They were the first people to sponsor it. Very good neighbors.”

Harry and Meghan settled in Montecito, California, with their kids, 2-year-old Archie and 6-month-old Lilibet “Lili” Diana, after stepping down as senior royals last March. The couple recently wrapped up a New York City tour and made a rare, red carpet appearance at the 2021 Salute To Freedom gala in November.

No official word on if the family of four attended the parade but we wouldn’t be surprised if they were in the crowd. There is speculation the Sussexes will spend Christmas in the U.K. but nothing is officially confirmed. In the meantime, it sounds like the Duchess of Sussex has been busy Christmas shopping, possibly for her children. According to The Daily Mail, Meghan was spotted shopping at a few boutique shops in Montecito just last week.

More Like This
Everything Meghan Markle & Lilibet Have In Common
20 Adorable Photos That Prove Prince William & Princess Charlotte Are Thick As Thieves
Cool Mom Kate Middleton Chatted With A Boy On A Train. He Didn’t Know Who She Was.
Queen Elizabeth Doesn’t Really Get Eat-In Kitchens