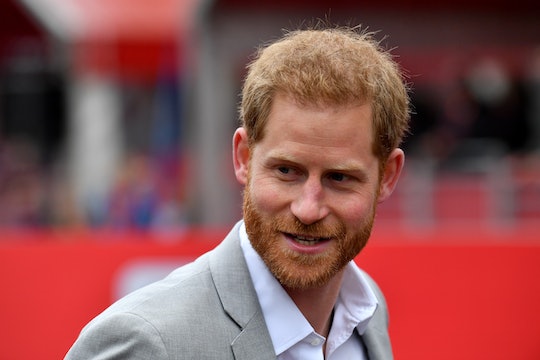 Fans can expect the memoir to be published by Random House sometime in 2022.

Prince Harry is ready to spill the tea. Penguin Random House has revealed the Duke of Sussex is currently writing a memoir centered around the moments that shaped him into the man he is today. While Prince Harry has promised to provide readers with a firsthand account of his life that is “accurate and wholly truthful,” readers will have to wait until at least late 2022 to see what tea the duke spills on life within the royal family.

From his childhood in the public eye to his journey into fatherhood, Random House has said Prince Harry’s memoir will cover all of “the experiences, adventures, losses, and life lessons” that have ultimately helped shaped the royal, including his military deployment to Afghanistan and his marriage to Meghan Markle.

“I’m writing this not as the prince I was born but as the man I have become,” Prince Harry said in a statement shared Monday by Random House. “I’ve worn many hats over the years, both literally and figuratively, and my hope is that in telling my story — the highs and lows, the mistakes, the lessons learned — I can help show that no matter where we come from, we have more in common than we think.”

Random House has described the royal’s upcoming memoir as “an honest and captivating personal portrait,” noting it will show readers that “behind everything they think they know lies an inspiring, courageous, and uplifting human story.”

It's unclear how personal Prince Harry will get in his memoir or whether he’ll discuss his and Markle’s decision to step down as senior working members of the royal family in 2020 following years of what they perceived to be racism from both the British media and select members of the royal family. In March, Markle told Oprah there were “concerns and conversations about how dark [Archie’s] skin might be when he's born” happening within the royal family while she was pregnant with her and Prince Harry’s first child. Markle also revealed she’d experienced suicidal thoughts during her pregnancy and struggled to get adequate help from the institution that supports the royal family.

Since stepping away from the royal family, Prince Harry and Markle have relocated to California, where they welcomed Lilibet Diana Mountbatten-Windsor, their second child together.

In a statement shared Monday, Random House CEO Markus Dohle said the publishing company was “thrilled” to publish Prince Harry’s memoir and have him join the list of world-renown change-makers they represent. “Prince Harry has harnessed his extraordinary life experience as a prince, a soldier, and a knowledgeable advocate for social issues, establishing himself as a global leader recognized for his courage and openness,” Dohle said. “It is for that reason we’re excited to publish his honest and moving story.”

The Duke of Sussex also seems excited to have the opportunity to tell his story in his own words.

“I’m deeply grateful for the opportunity to share what I’ve learned over the course of my life so far and excited for people to read a firsthand account of my life that’s accurate and wholly truthful,” he said Monday.