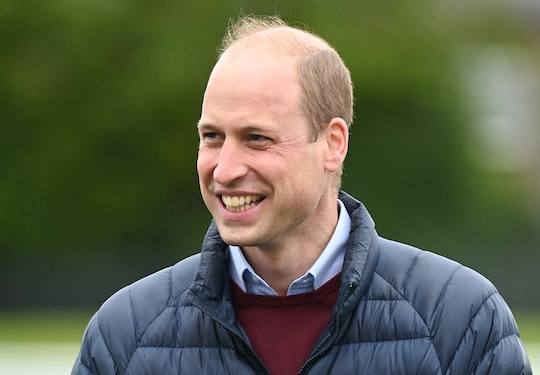 The Duke of Cambridge’s new literary project will focus on saving the environment.

Two writers in the family? Who knew. Just days after Prince Harry announced that he was working on a memoir about his life in the royal family, Prince William announced a new book project of his own is in the works.

Prince William won’t be writing a memoir or even an entire book, but he will be contributing an exclusive introduction to a book based on one of his most beloved and ambitious charitable endeavors, the Earthshot Prize. Started in October 2020, Prince William helped to launch the Earthshot Prize, which awards one million pound prizes to five winners who have done exceptional work to protect the environment until 2030, in an effort to “to incentivise change and help to repair our planet over the next ten years,” according to the organization’s website.

Earthshot: How to Save Our Planet was co-written by former World Wide Fund for Nature (WWF) executive director Colin Butfield and award-winning director Jonnie Hughes, and of course, features a special introduction from Prince William himself.

Sure, maybe he’s not getting $20 million from Penguin Random House to write his life story like his younger brother Prince Harry. But it’s not a competition, right?

Prince William is working on a book.

The two princes do have some pretty serious literary chops in their genes. Their father Prince Charles wrote a children’s book called The Old Man Of Lochnagar in 1980, while their late grandfather Prince Philip, a lifelong wildlife conservationist, co-wrote a book called Wildlife Crisis with James Fisher in 1970.

Prince William actually credited his grandfather with inspiring him to become a conservationist, so he could well be mentioned in his introduction. As could his children. When the Duke of Cambridge spoke to legendary nature filmmaker Sir David Attenborough last October about the Earthshot Prize, he got emotional about his 7-year-old son Prince George. "So, having watched so many David Attenborough documentaries recently with my children, they absolutely love them, the most recent one — the extinction one — actually George and I had to turn it off, we got so sad about it halfway through," Prince William shared in a video on the Royal Family's YouTube channel. "He said to me 'you know I don't want to watch this anymore.'"

Both brothers are trying to make the world a better place. And now they are writing books to help that dream come to fruition.