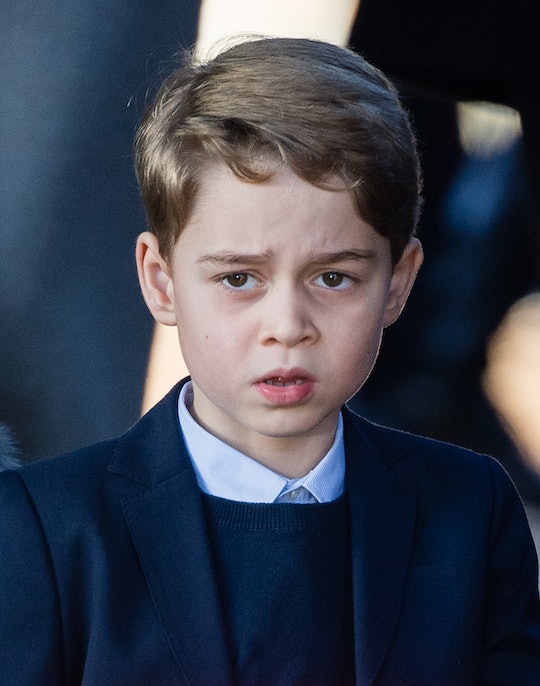 Like so many other parents, Prince William is concerned about the future of the environment for his children. At a recent event where he helped to launch a massive new prize for climate crisis innovations, the Duke of Cambridge opened up about a recent time when his 7-year-old son Prince George got "so sad," and why he's committed to making things better for him any way he can.

On Thursday, according to CNBC, the Duke of Cambridge helped launch the Earthshot Prize, a Nobel prize-like recognition of environmental endeavors that awards the recipient prize money to the tune of $65 million. His involvement is not surprising as Prince William comes from a long line of environmentalists including his grandfather the Duke of Edinburgh, who helped to found the World Wildlife Fund, and his father Prince Charles.

While he did acknowledge his father's commitment to the environment in an interview with nature filmmaker David Attenborough, his involvement in the Earthshot Prize is all about looking towards the future. Particularly after a recent conversation with his son, 7-year-old Prince George.

"So, having watched so many David Attenborough documentaries recently with my children, they absolutely love them, the most recent one — the extinction one — actually George and I had to turn it off, we got so sad about it halfway through," Prince William shared in a video on the Royal Family's YouTube channel. "He said to me 'you know I don't want to watch this anymore.'"

Even though he's just 7 years old, Prince George has long been a fan of Attenborough's nature documentaries like Blue Planet, as his mom Kate Middleton has said in the past. He even received a fossilized shark tooth when the filmmaker recently visited Kensington Palace for a private viewing of his new Netflix film David Attenborough: A Life On Our Planet. But his father Prince William admitted that watching a recent documentary about extinction was too much for his little boy.

As he told Attenborough, "Why has it come to this and you know he's 7 years old and he's asking me these questions already, he really feels it and I think every 7-year-old out there can relate to that."

At 7 years old, Prince George is already thinking of animals who might be extinct. During a recent video question and answer with Attenborough shared on the Kensington Palace Instagram page, the young prince even asked the filmmaker, "What animal do you think will become extinct next?" Of course, it's too difficult a problem for a 7-year-old to be expected to comprehend. But lucky for Prince George, his father is using his platform to help.