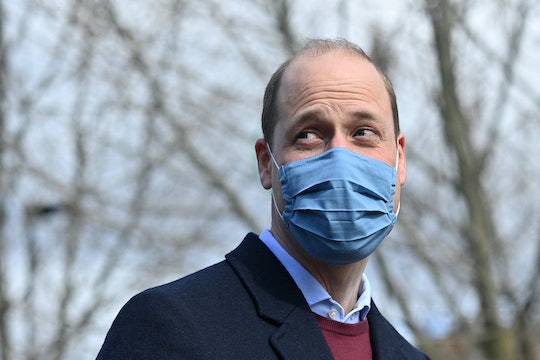 Prince William’s defense of the royal family comes after his brother and Meghan Markle alleged someone within the family questioned what Archie’s skin color would be.

In his first public comments since Prince Harry and Meghan Markle’s explosive interview with Oprah Winfrey, Prince William defended the royal family as “not racist” following an allegation someone within the family had questioned how dark Archie’s skin color might be. The Duke of Cambridge also revealed he had not spoken to his younger brother since the interview aired Sunday, but planned to.

"We're very much not a racist family," Prince William told a Sky News reporter Thursday when quickly questioned about Meghan’s allegation during a visit to an East London school alongside wife Kate Middleton.

When asked if he had spoken to Harry since the interview, Prince William responded, “I haven’t spoken to him yet but I will do.”

Meghan and Harry’s lengthy sit-down interview with Winfrey has proven to be perhaps the royal family’s biggest crises since the 1997 death of Princess Diana. In it, the couple issued a series of shocking allegations about the royal family, including claims that Meghan’s request to seek professional help when grappling with suicidal thoughts was denied as it wouldn’t reflect well on the royal family. The duchess also alleged that unnamed members of the family expressed “concerns” and held conversations about how dark the skin of her then-unborn child might be.

“People were concerned with how dark Archie’s skin would be,” Meghan told Winfrey in one of the interview’s most shocking moments. She alleged conversations about the color of Archie’s skin happened at the same time as conversations in which it was decided Archie would not be made a prince nor provided security.

While the couple have opted not to reveal the identity of those who raised concerns about their son’s skin color, Harry reportedly told Winfrey his grandparents, Queen Elizabeth II and Prince Philip, Duke of Edinburgh, were not behind the remarks, according to People.

Buckingham Palace has so far issued only a brief response in the wake of the couple’s interview, noting, “The whole family is saddened to learn the full extent of how challenging the last few years have been for Harry and Meghan.”

“The issues raised, particularly that of race, are concerning,” the statement, which was released Tuesday, read. “While some recollections may vary, they are taken very seriously and will be addressed by the family privately.”

The palace has also maintained that both Harry and Meghan remain “loved” by the family. “Harry, Meghan, and Archie will always be much loved family members,” Buckingham Palace said Tuesday on behalf of the queen.

Viewers who missed out on Harry and Meghan’s sit-down with Winfrey can catch the interview again when it re-airs on CBS Friday, March 12 at 8 p.m. EST.