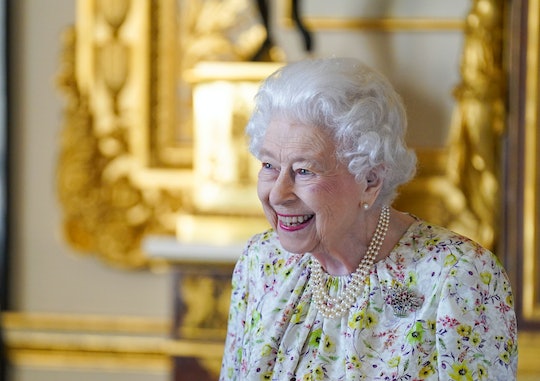 She loves a bit of chocolate.

Queen Elizabeth has lived to be 96 years old. And it’s not as though she is just sort of surviving at this stage of her life; for her last birthday she posed standing with some regal horses and wearing a stylish coat. Between losing her husband last year and dealing with very public family drama, Queen Elizabeth can teach us a thing or two. So if Queen Elizabeth is eating a chocolatey pre-breakfast snack, shouldn’t we all? She’s on to something here.

Her Majesty is well known for having a legendary sweet tooth, with one of her all-time favorite treats being a chocolate biscuit cake that former royal chef Darrin McGrady said she reaches for “again and again.” Which makes sense because Queen Elizabeth is said to be a creature of habit. Every day she wakes up at the same time and starts her day the same way; with a cup of tea and a couple of biscuits, which is British for cookie. So Queen Elizabeth eats a few cookies before her morning bowl of cereal and naturally those biscuits are chocolate. Chocolate Bath Olivers, McGrady told My London.

These cookies are described as “the ultimate biscuit indulgence,” so delicious that apparently “John Lennon of The Beatles once refused to be paid in cash, preferring Chocolate Olivers instead,” per the product description. In other words, the perfect pre-breakfast snack for a reigning monarch who is a proud “chocoholic,” according to McGrady. “She is absolutely a chocoholic,” McGrady told Hello! magazine in 2016. “Anything we put on the menu that had chocolate on, she would choose, especially chocolate perfection pie.”

Queen Elizabeth’s penchant for all things chocolate should make her a favorite with her Cambridge great-grandchildren, who are reportedly moving to Windsor to be closer to her in the near future. Considering Kate Middleton tends to make Prince George, Princess Charlotte, and Prince Louis regular green smoothies for breakfast full of kale and spirulina, they might want to pay early morning visits to their great-grandmother every now and then. For a chocolate treat, a bit of life advice, maybe hang out with her horses.

She is really living everyone’s best life after 70 years of service. Give Queen Elizabeth all the chocolate she wants.

More Like This
Prince George Has Apparently Known He'll Be King Someday For A While Now
Kate Middleton Explains Why Her Kids Couldn't Attend The Top Gun: Maverick Premiere
Meghan & Harry Celebrated Their Anniversary As A Family Of Four For The First Time
Prince Harry & Meghan Markle Could Take Us Inside Their Home For A New Docuseries