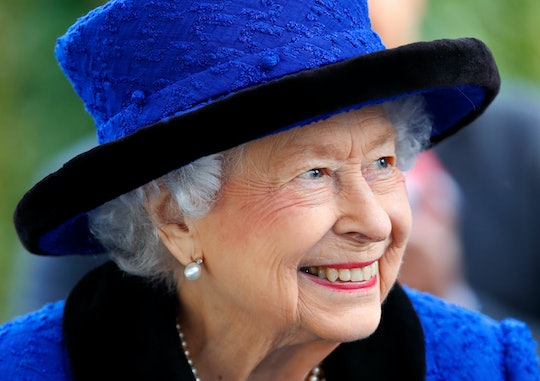 “Her Majesty believes you are as old as you feel.”

Her Royal Highness receives awards and accolades all the time. It’s simply part of One’s job at this point. After a lifetime spent in service to the crown, she is not unfamiliar with graciously accepting titles and awards. It’s all part of the job. Except for this recent one. Queen Elizabeth turned down an award with a surprisingly firm message about aging. She might be 95 years old, but she’s not here for anyone calling her an “Oldie” and who can blame her?

Queen Elizabeth was nominated this past summer for the “Oldie Of The Year” award from Oldie Magazine. The tongue-in-cheek award has been handed out through the years to a wide variety of actors, Nobel prize-winners, and even Queen Elizabeth’s own mother. Rather than accepting the award and the obvious connotations behind it, Her Majesty said a very firm but polite “no thank you” in a letter to the publication.

“Her Majesty believes you are as old as you feel,” the letter shared by Oldie Magazine read. “As such The Queen does not believe she meets the relevant criteria to be able to accept and hopes you will find a more worthy recipient.”

Standing ovations all around for a woman who refuses to be defined by her age.

Queen Elizabeth is not ready to be called “oldie.”

Queen Elizabeth isn’t the first member of the royal family to turn down the Oldie award. Her own husband Prince Philip told the magazine when he was nominated 10 years ago, “There is nothing like it for morale to be reminded that the years are passing – ever more quickly – and that bits are beginning to drop off the ancient frame,” per the Express. “But it is nice to be remembered at all.”

As for Her Majesty, she’s simply not ready to go gentle into that good night, and it shouldn’t come as a surprise. The country’s longest reigning monarch has made a bit of a history of defying social norms about age. She became queen in 1952 when she was 27 years old and a young mom of two. Nearly 70 years later she remains not just on the throne but an active working royal, and still doesn’t show any significant signs of slowing down. Last June, for instance, she shocked royal watchers around the world by heading out for a ride on her 14-year-old pony Balmoral Fern on the grounds of Windsor Castle at the age of 94, looking joyous and relaxed in her trademark head scarf and long coat.

Even after the loss of husband Prince Philip in April, Queen Elizabeth continues to soldier on. May she continue to be an example that age truly is just a number.