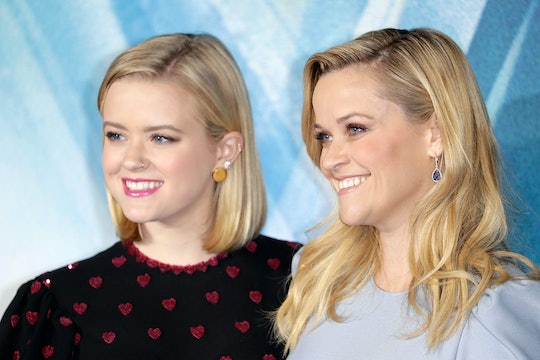 There are some things that seem like sort of a given in this world. Death, taxes, Reese Witherspoon looking exactly like her 23-year-old daughter Ava. I thought we had all agreed that they were basically twins, but apparently neither mother nor daughter can see it. Despite the fact that everyone else on the planet seems to see it.

Witherspoon sat down for a chat with Jenna Bush Hager and Hoda Kotb on TODAY on Wednesday when the subject of her resemblance to daughter Ava Phillippe came up. “Wait, y’all are twins,” Bush Hager said when looking at a photo of the two of them. “Do you see it?”

“She and I don’t see it that much,” Witherspoon responded. Which seems impossible, of course. The Big Little Lies star’s daughter has often been referred to her as her mini-me, but apparently neither one of them see the resemblance. To be fair, Ava does also resemble her dad, actor Ryan Phillippe, just as her 18-year-old brother Deacon looks like both parents. As for Witherspoon’s 10-year-old son Tennessee with husband Jim Toth, I guess we’ll have to wait and see who he looks like as he gets older.

Whether she sees the resemblance to her daughter or not, Witherspoon makes no bones about being proud of the woman Ava has become. She celebrated her daughter for National Daughters’ Day in September with a moving Instagram post and a photo of them looking just like twins, coincidentally. “Always feeling very lucky to have my wonderful, creative , talented daughter in my life ! What a gift to share this life journey with you ..and the best makeup tips... it's really great to share beauty tips, dog memes and the same shoe size. Makes life so fun!”

The proud mom is doing her best to “nurture” her relationship with her adult children, which could be why she’s just refusing to admit Ava looks just like her. Perhaps she wants to give her space to be her own person. “But you have to really nurture your adult relationship with your children too,” she told the TODAY hosts. “And give them respect and space to become who they are, not who you want them to be.”

Maybe that respect and space includes giving her adult daughter the room to look like her own self. I get it.