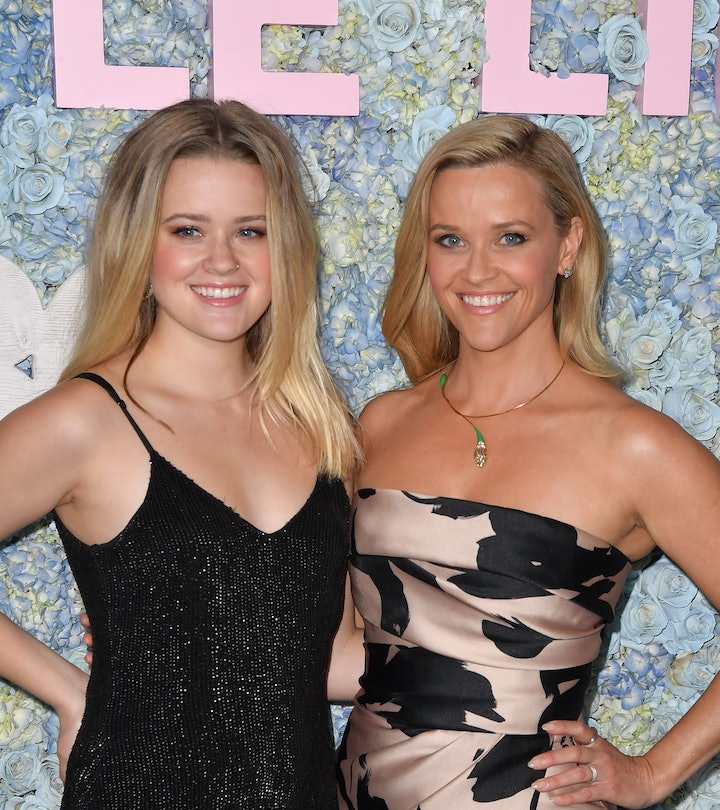 Who needs a fancy make-up artist when your kid is around?

You might think you’re seeing double if you check out Reese Witherspoon’s latest Instagram post. The actress, producer, and mom of three recently shared an adorable picture of her mini-me daughter Ava Phillippe. But it’s not just their uncanny resemblance that will have you double tapping the post. In a super sweet moment of mother-daughter bonding, Phillippe fixes Witherspoon’s make-up and proves herself to be a loyal daughter and BFF to her famous mama.

In a recent picture shared on Instagram, Witherspoon posted a picture of herself and her spitting-image daughter both smiling and dressed in summer dresses in front of a picture-perfect sunset. A second photograph shows Witherspoon’s grown-daughter, who she shares with ex-husband Ryan Philippe, gently wiping her mother's face in case some extra mascara or eye shadow might have escaped and ruined the shot.

"Love sharing sunsets with my girl 💞*esp when she fixes my makeup " the Oscar winner captioned the post.

Eagle-eyed fans of Witherspoon’s daughter might also note that Phillippe is also sporting some fresh new ink. The 22-year-old college student who already rocks tattoos on each arm, seemed to have added a new "Admit One" ticket design to her growing collection of body art.

Witherspoon has been crushing it in Hollywood lately with her media company Hello Sunshine. Not only has she starred in and produced critically acclaimed TV shows like Little Fires Everywhere and Big Little Lies, that bring complex mothers’ stories to the forefront of entertainment, she’s bringing some of your favorite books to the big screen too. Look out for Witherspoon’s upcoming adaptations of her book club picks Where the Crawdads Sing and Daisy and the Six.

Just like Witherspoon, her daughter isn’t just a pretty face and definitely takes after her powerful mom. The UC Berkeley student is poised and outspoken and will not stand for hateful messages about her sexuality. Witherspoon herself has not only played an ambitious high school politician with strong views in the cult-classic film Election, she hasn’t ruled out running for office in real life.

But before Witherspoon becomes the next President of the United States (she does have quite a bit of legal experience), she’s enjoying quality time with her family as the ultimate working mom who juggles raising kids and dominating it in her career.

With so many red carpets to cross and cameras flashing across her face, Witherspoon is lucky to have her lookalike daughter around for glam emergencies. Who needs a stylist or fancy make-up artist when you have a mini-me daughter to wipe your mascara smudges?