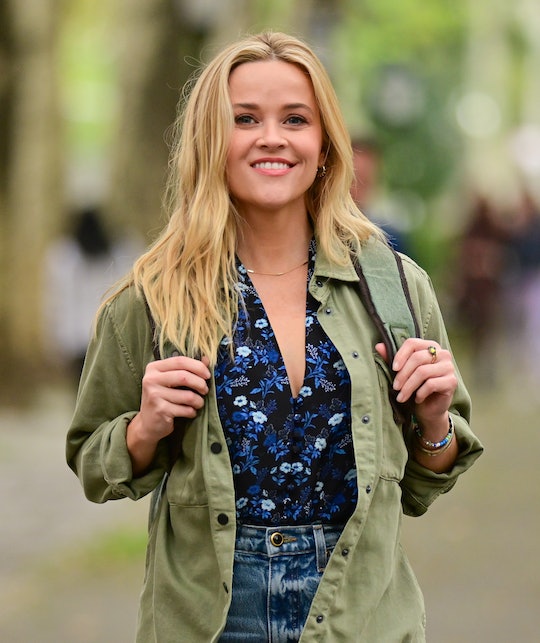 Really, she should play his energetic sister.

Everyone loves Ted Lasso, even those people who could potentially be considered competition for the Emmy award-winning Apple TV+ series love him. Or at least, love to do a seriously solid impression of his signature dance. Indeed, Reese Witherspoon danced as Ted Lasso in a hilarious TikTok video that should really become everyone’s morning motivation.

The Morning Show star and mom of three took to TikTok to do a little dance. In a Ted Lasso-like visor, long winter coat, and sneakers. She danced energetically to “Hit It” by Johnny Sibilly and Moodshift, and truly gave off strong Ted Lasso vibes with her moves. Particularly when she went into the good old Running Man dance, a classic Ted Lasso dance he rather famously likes to perform in locker rooms to motivate players.

Witherspoon captioned the video, “if #Ted Lasso was a woman?” and now fans are ready for her to guest star. “Wait after this Reese Witherspoon dancing video captioned ‘if Ted lasso was a woman’ can she guest star on the show as Ted's sister or something?” wrote one fan on Twitter. “Idk I'd love to see Ted with a sister that has similar energy. (Then again he's never mentioned siblings so)”

This amazing little dance number, truly perfect for morning motivation to get you up and moving, didn’t go unnoticed by some of Witherspoon’s famous friends. Director Ava DuVernay wrote on the video shared to Instagram, “Q: Why’d I watch this twice?A: The smiles it gave me!” while her co-star on The Morning Show Julianna Margulies added, “You are the cutest.”

The Morning Show and Ted Lasso are two jewels in the Apple TV+ crown, although at very different ends of the spectrum. While The Morning Show is a limited series drama tackling topics like the #MeToo movement and the struggles of women in the workplace, Ted Lasso is a feel-good, lighthearted comedy. No wonder Witherspoon chose a Ted Lasso dance to send out a little positive energy into the world.

Perhaps we will see a role reversal, with Ted Lasso doing his best Bradley Jackson impression behind the Morning Show desk.