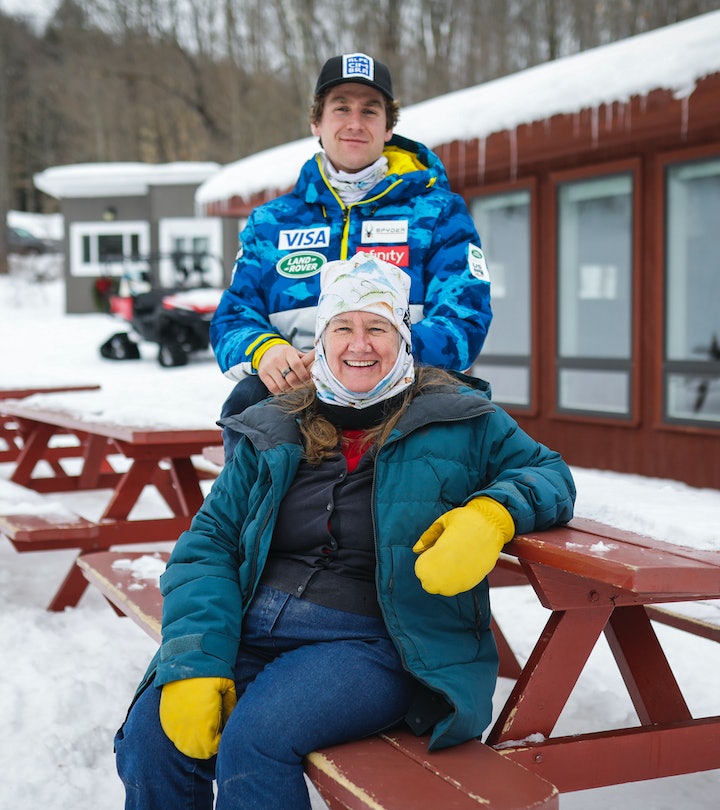 When alpine skier Ryan Cochran-Siegle won his silver medal at the Beijing Olympics on Wednesday, it was a historic moment. Not just for the Vermont man himself, but also for his family. Because Cochran-Siegle won his medal almost 50 years to the day after his mom Barbara Cochran won hers in Japan, and the significance of that was not lost on either of them.

So much so, in fact, that as soon as Cochran-Siegle realized he won silver in his race, he looked straight at a close-by camera and said, “Call you in a minute, Mom.” And he did. “I couldn’t hold it together," Cochran-Siegle, told TODAY about that conversation. "I was pretty emotional, too. I think I just wanted to share that moment with them, and it was cool. There weren’t very many words coming out of my mouth that I remember. Just so happy and elated that we were all teary-eyed."

If anyone could understand how he felt, it would be his mom. She won Olympic gold herself in the slalom event in 1972, although she admitted in a surprise phone call to TODAY that she couldn’t really remember how she felt at the time. Instead, she really just wanted to talk to her son. “I don’t remember. I was so excited, I was just so proud. I was crying, it was just unbelievable. Congratulations, I’m just so proud Ryan, so proud of you.”

That’s some strong mom energy from Barbara Cochran; staying focused on her son’s victory instead of discussing her own.

Cochran raised Ryan as a single mom in Vermont, where she worked as a teacher and ran a ski school. She also told The New York Times that they lived “paycheck-to-paycheck” when her son was growing up, which meant she simply didn’t have the money to send him to pricey ski camps for training. But Cochran admitted that it “worked out” for her son despite her struggles, “At the time, I was lucky that I could come up with the money to pay the entry fees for local races.”

Now here they are, mother and son, each with their own Olympic medal. Considering the Cochran family are essentially ski legends in their home state of Vermont, with Barbara’s siblings Bob, Marilyn, and Lindy all making the Olympic ski team in their time, it might not be surprising to many.

More Like This
Serena Williams Is Retiring From Tennis To “Focus On Being A Mom”
Drake Shared A Photo Of His New Face Tattoo & It's A Sweet Tribute To His Mom
Anne Heche Remembered As "Loving Mother" To Her Two Sons After Her Death At 53
Dan Levy Just Proved He's The Ultimate Uncle With This Perfect, Sweet Answer