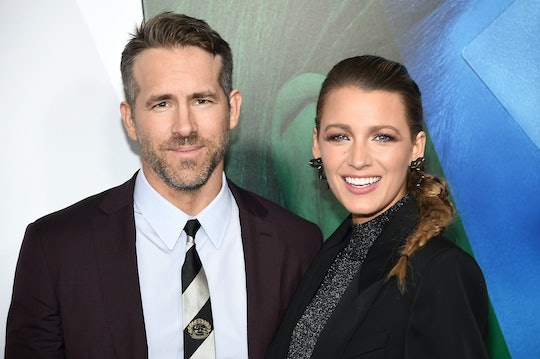 “I’m just trying to create a little more space for my family.”

Ryan Reynolds shocked everyone in October when he shared that he was planning to take a sabbatical from acting. It came as a blow to his fans who have come to know him as a reliable hitmaker, but the Deadpool actor has a few good reasons to step away from the business. They’re named Blake, James, Inez, and Betty.

The Free Guy actor first announced his plan to step away from acting in an Instagram post promoting his new Apple TV+ movie Spirited, a holiday musical inspired by Charles Dickens’s A Christmas Carol and co-starring Will Ferrell and Octavia Spencer. “Perfect time for a little sabbatical from movie making,” Reynolds wrote in the caption. “I’m gonna miss every second working with this obscenely gifted group of creators and artists.”

While Reynolds’s wife Blake Lively trolled his announcement by noting “Michael Caine did it first,” in typical fashion, it seems the actor is serious. Because he wants to spend as much time as possible with his wife and their three daughters, 6-year-old James, 5-year-old Inez, and 2-year-old Betty.

Reynolds recently told The Hollywood Reporter, “I’m just trying to create a little bit more space for my family and time with them,” the dad of three explained at the Wall Street Journal Magazine Innovator Awards on Monday in New York City. “You know, you don’t really get that time back.”

Back in November 2020 when most families were stuck at home, Reynolds seemed to foreshadow his eventual sabbatical to spend more time with his kids when discussing the benefits of staying home. “The best I would say is the time spending with family, with my kids, having an incredibly concentrated amount of time with them during a period in their lives that I'll never get back,” he told TODAY at the time.

That being said, Reynolds is going into this extra time off with his daughters with his eyes wide open. When asked by TODAY what the worst part about spending more time at home had been, he added, “If I'm to pick the worst thing, it's probably the incredibly concentrated amount of time I've had with my kids in a time that I'll never get back, so… being totally frank here.”

While Reynolds didn’t share how long his sabbatical might be, he’ll still be busy. He does have other business ventures to work on, and of course, there are those three little girls to raise.

More Like This
Ryan Reynolds Jokes His Daughters Are So “Wild,” He Thinks “They Have Rabies Sometimes”
Barack & Michelle Obama Shared The Most Adorable Baby Photos Of Malia On Her Birthday
Ciara Shares What She Loves Most About Russell Wilson As A Dad
Chris Pratt Says He "Cried" About That "Healthy Daughter" Instagram Post Controversy