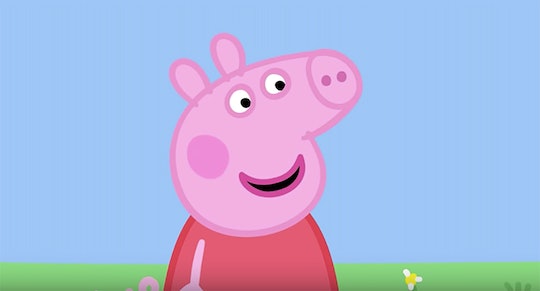 15 Quotes From Peppa Pig That Showcase Her Sassy Side

Peppa Pig seems pretty sweet and kind, right? She has that smile pasted on her pink face 24/7, after all, possibly leading viewers to assume she's all goodness and light. But, similarly to other truly brilliant charmers, young Peppa has a lot more going on behind that smile than what meets the surface. Case in point: These Peppa Pig quotes are a master class in sass, despite the fact they're geared towards teaching your children valuable life lessons. I wonder if the sass was added for the benefit of parents? Either way, her one-liners are pretty hilarious... and brutally honest.

As many parents are probably well aware, Peppa Pig is a Nick Jr. show starring Peppa, her family, and various animal friends who speak in charming British accents, which makes everything sound a tad better. The show has been on television since 2004 (it had a small hiatus from 2013 to 2015), but in recent years, Peppa Pig has found epic popularity among the under-4 set. The show is watched in 180 countries all over the world, with little American fans becoming so enamored with the series that some parents have reported their children taking on a British accent when they talk. Ha!

Without any further ado, here are 15 Peppa Pig quotes that showcase her sassy side.

This article was originally published on Aug. 13, 2019