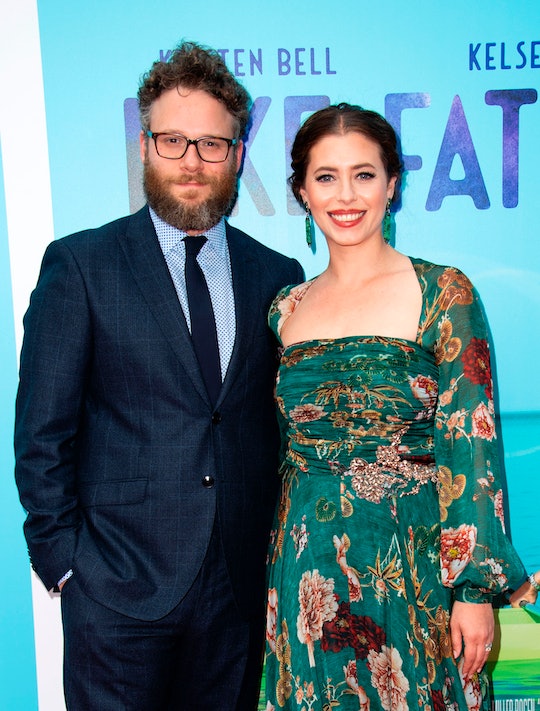 Parenthood. It’s not for everybody. And it’s definitely not for Seth Rogen, according to the man himself. The actor does not want kids and don’t worry, he is definitely not shy about explaining why both he and his wife of nearly 10 years, Lauren Miller, are very comfortable with their decision to remain childless.

In a recent interview with Howard Stern, who is a father of three, Rogen opened up pretty gleefully about why he is happy not to be a parent. Working as an actor in movies like Knocked Up and Neighbors, for instance. "I wouldn't be able to do all this work that I like," Rogen said on The Howard Stern Show. “People are always like — it's something I think I was uncomfortable answering this before — but they were like, 'How do you do so much?' The answer is I don't have kids. ... I have nothing else to do."

Stern told Rogen that to be a parent, “You can't be narcissistic, you have to give yourself over to parenting, and they've gotta become the priority.” Rogen’s response? “Yeah, like, I don't want that. That does not sound fun to me. And why? There’s enough kids out there.”

So what is it about parenthood that has them both vehemently saying a huge no thank you? For one thing, they really like their lives exactly as they are right now. “I don't know anyone who gets as much happiness out of their kids as we get out of our non-kids,” he said. “Like, we're f**king psyched all the time! We're laying in bed on Saturday mornings smoking weed, like watching movies naked. If we had kids, we could not be f**king doing this."

He’s not wrong. As a mom of four adult sons I can tell you that you better really want kids if you’re going to have them. Like, so much that you’re ready for them to be all you think about and you can’t imagine your life without them. That much. Otherwise? Don’t do it.

Rogen has been consistent in his assertion that he is happy not being a dad. In April 2020, just one month into the pandemic, he told Jimmy Kimmel via Zoom that not having kids made the stay-at-home order a breeze for him and his wife. “I will be laying alone on my death bed, having not talked to anyone for, like, 15 years, and I’ll be like ‘it was worth it.’”

Plenty of parents out there could not imagine life without their kids, just like Rogen has no interest in a life with them. It all works out in the end, I think. I have kids, Rogen has pot and pottery. And the world keeps on spinning.