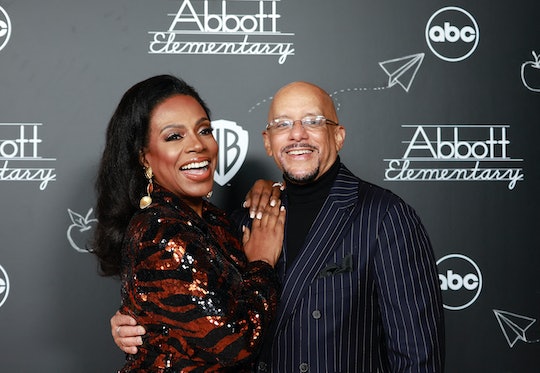 The actress’ adult children are following in her entertainment footsteps.

When Abbott Elementary’s Sheryl Lee Ralph found out she had been nominated for her very first Emmy, her reaction video went viral. Not just because it was almost impossible to believe that the talented veteran actress had never been nominated before, although it was a shock, but also because someone in the background was so infectiously excited for her, you could feel it. And that someone was Ralph’s son. Apparently she has her own impressive cheering section with her husband and kids, and they have us rooting for her right along with them.

Ralph opened up about holding on to her own identity as a mom in an interview with Ebony, telling the outlet, “Very often people talk about mothers, and they think that mother has to lose her sexuality. Mother has to be plain. Mothers cannot be exciting. Mother should not be up on what’s going on, she shouldn’t know the jargon of the day. And I just find that so old-fashioned!”

Clearly keeping her identity as a mom paid off, because Etienne is all about supporting his mom now that he’s an adult.

When Ralph was finally nominated for an Emmy for her outstanding performance in Abbott Elementary, Maurice was with her to capture her reaction. And honestly, you couldn’t even hear Ralph’s excitement over his screams of “Yes! Mommy!” it was delightful.

Etienne is a filmmaker in his own right.

Etienne Maurice is the founder of Walk Good Productions in Los Angeles, and his mom also celebrates his big wins in life. Maurice shared a video of Ralph’s reaction to a billboard from one of his projects, and she was just as proud of him as he had been of her.

Her daughter Ivy-Victoria Maurice joined the family in 1995.

The Moesha actress welcomed her daughter Ivy-Victoria in 1995 with Eric Maurice, before the couple parted ways in 2001. Ralph recently shared a series of throwback photos of mother and daughter together through the years, and they’re clearly two peas in a pod.

Ivy-Victoria and Etienne are co-workers and siblings.

Ivy-Victoria is the Vice President of Walk Good Productions, which means that she and brother Etienne get to work together as well as being siblings.

Ralph has been married to Sen. Vincent Hughes for 16 years.

In 2005, Ralph married Sen. Vincent Hughes from Philadelphia. They were both divorced with two kids when a mutual friend introduced them, and they’ve been together ever since. When asked by Essence in 2020 what she loved most about her husband, Ralph said, “I have a great friend and a great partner; somebody that I absolutely trust. I believe that if something awful was to happen to me, that I could trust my husband to do the best for my family and my kids, and to be all the things I would want him to be. He’d be strong enough to carry on.”

That’s the thing about Sheryl Lee Ralph’s family. They’re all in it together. And they’re all rooting for her.