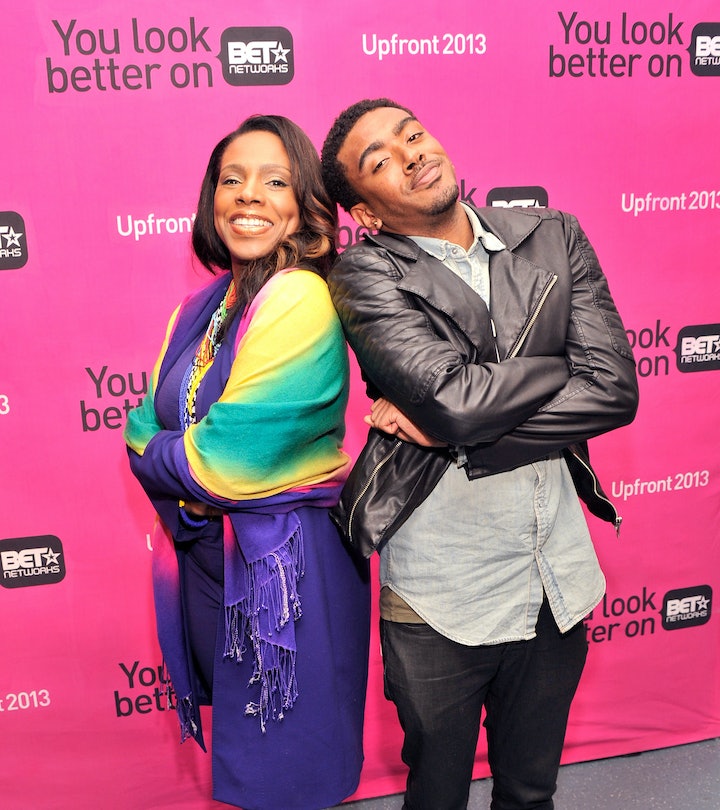 The nominees for the 2022 Emmy Awards have been revealed and it’s safe to say that nobody had a better reaction than Abbott Elementary star Sheryl Lee Ralph. Unless you count her son, who captured the moment on video and was so excited to share in his mom’s big moment it will make you emotional just hearing his voice.

The actress was with her son Etienne Maurice in Jamaica when she received a phone call notifying her that she had received her very first Emmy nomination for her portrayal of school teacher Barbara Howard in the hit mockumentary style sitcom, Abbott Elementary. Ralph, who is also mom to daughter Ivy-Victoria with ex-husband Eric Maurice, was clearly shocked to hear the announcement in the video Maurice shared on Twitter. Fanning her face and saying “Oh my god. No, no, no!” while her son kept asking, “What? What?” When he finally realized what was happening, he yelled out from behind the camera, “You got nominated?” Ralph replied that she had been, and her son cheered “Yes! Mommy!” over and over again.

As if hearing him cheer so genuinely for his mom wasn’t emotional enough, Maurice also added a sweet caption to his video. “With over 50 years of being in this thing we call showbusiness, today my mother became an Emmy nominated actress,” he wrote. “I’m so proud of @thesherylralph. I’m so glad I could be here in Jamaica with you for this moment.” He even added in an adorable aside “(excuse the mess in the video, we’re remodeling our bathroom lol).”

Maurice wasn’t the only one excited to celebrate Ralph’s nomination. “Love your mama. Sheryl and I first met when she was doing Dreamgirls on Broadway and I hailed her a taxi when none would pick her up!” wrote one social media user, while another added, “Your joy is our joy cause your mama more than deserves. May she know just how many folks are celebrating along with her and rooting for her.”

As for Ralph herself, the Tony award-winning actress told KTLA back in June that she already has a “great life,” even without another award. “When it comes to true awards, I have a happy husband, I have two happy children that make me proud,” she explained at the time. “So, I’ve got great life awards. But to have an entertainment award like that, it would just be wonderful.”

Having her son with her to celebrate this achievement looked like the greatest award yet.