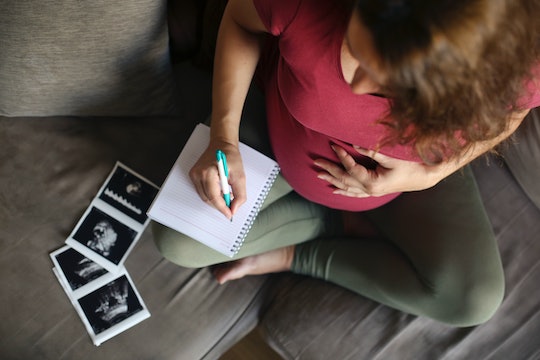 They’re both trying to honor their grandmother.

Being pregnant at the same time as your sister might sound like a dream to some, but not for this family. Especially after a mom’s decision to change her baby’s name for her sister caused a meltdown that’s dividing everyone, even if social media appears to have firmly chosen a side in the debate.

This mom took to the sub-Reddit group Am I The A**hole to seek a bit of guidance about a recent family issue. Namely, baby names. As Reddit user u/Own-Butterfly-7465 explained it, both she and her sister are pregnant and expecting baby girls. Her sister is about five months further along in her pregnancy and had planned to name her daughter after their grandmother, who the Reddit user called “Rose,” although she admitted the names have been changed.

It seems the poster had already named her first daughter after their other grandmother, so when she found out she was pregnant for the second time, she planned to name her second daughter after the other grandmother. Instead of fighting, the poster figures “this is not the hill to die on, so I say I'll look for something else, but reserve the right to use Rose,” she wrote. “I then crack open a baby book, and a few entries after ‘Rose’ is ‘Rosalie.’ It's perfect. Honors nana Rose, doesn't piss off Lucy, and my boyfriend loves it.”

Her sister apparently approved... really approved. So much so that when she gave birth she named her own daughter Rosalie. “At this point, I'm really annoyed,” she wrote, “because I went to great lengths to leave the name Rose available, and she's nicked my choice.”

Two sisters want the same name for their baby.

When her mother gets involved, she tells her that she plans to stick with Rosalie, and the whole family gets upset about the idea of having two girls with the same name. Particularly since they will have the same last name and be going to the same school in the same year. When her sister calls “she says there can't be 2 Rosalies, as it'll cause problems, and I say she's the one who has a problem with it, so she can change her kid's name or deal with it.”

Her post on AITA garnered more than 2,500 responses, with many coming to the same conclusion; never tell people what you plan to name your baby. Reddit user u/StonyOwl wrote, “This is one of the core lessons from AITA, never tell others what you're naming your baby.”

Reddit user u/Athenas_Return added that everyone could have been more mature, “It took too long to get here. Sis sucks for commandeering the name, mom sucks for knowing and staying silent and OP sucks for naming her kid the same name basically out of spite now and potentially causing the girls massive identity headaches down the line.”

Baby names tend to be a sticky, emotional subject for everyone involved. Even when it comes to doing something noble like honoring family members. Back in February two sisters found themselves in a similar predicament on AITA, getting into a heated argument over their shared grandmother’s name; one wanted it for her baby, the other for her cat.