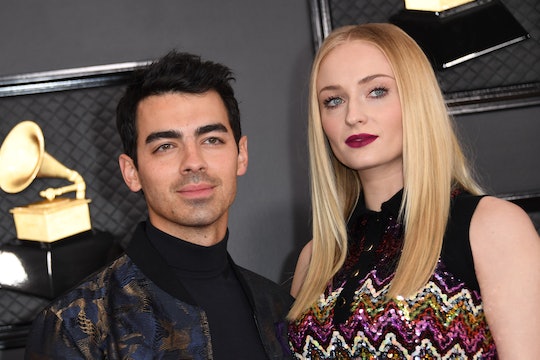 Willa is going to be a big sister!

Sounds like little Willa Jonas is going to be a big sister! Several media outlets have reported that Sophie Turner and Joe Jonas are expecting their second child together. And while speculation about the Game Of Thrones actress’ possible pregnancy started making the rounds on social media back in February, more sources have come forward to confirm another little one is on the way for the couple.

“Sophie and Joe were overjoyed to learn they are expecting a second child,” a source told Entertainment Tonight on Friday. “They both have siblings and didn’t want their daughter to be an only child and have talked about having a bigger family. The couple recently celebrated Sophie’s birthday, as well as the pregnancy.” A source close to the couple has also confirmed to E! News that they are, indeed, expecting a second baby. Romper’s request for comment from Turner’s rep was not immediately returned.

Since reports first started circulating, the couple was recently spotted by paparazzi in Los Angeles with their daughter Willa, with Turner sporting what definitely appeared to be a bare baby bump.

Jonas and Turner, who’ve been married since July 2019, tend to be quite private about their life together. Perhaps especially since becoming parents to Willa. So it seems unlikely that they will be releasing any extra information about this new pregnancy. So let’s speculate and hope it’s a girl and they name her something in the “Arya Stark” realm.

When Turner was expecting daughter Willa, she and Jonas were very tight-lipped throughout her entire pregnancy. Neither of them posted about the pregnancy on social media, nor did they release a statement. Not until Willa was born and they released a statement via their rep reading, “Sophie Turner and Joe Jonas are delighted to announce the birth of their baby.”

Since her birth, the couple have been careful not to share Willa’s photo on social media, although proud dad Jonas did open up about enjoying extra time with his little girl during the pandemic in May 2021. “It's been forced time at home," he told CBS This Morning. “I'm always on the go, I'm always moving and traveling and touring. And to be in one place for a solid amount of time and having my feet on the ground and be with my family, my immediate family, is time I don't think I'll get back."