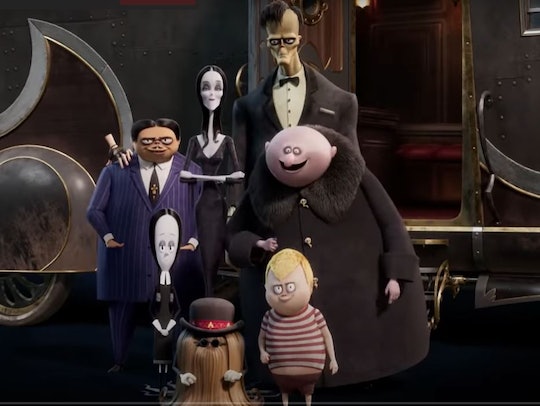 Everything You Need To Know About The New Addams Family Movie

Families can look forward to a brand new creepy and cooky movie just in time for Halloween! Morticia, Gomez, Wednesday, Uncle Fester, and the rest of the Addams family are all returning in The Addams Family 2, an upcoming animated sequel to the 2019 Halloween family comedy. In the sequel, which premieres this October, it looks like the clan is going on vacation, so here is everything you need to know.

The Addams Family 2 Takes The Family On A Road Trip

In an effort to bring the family closer together, specifically, Wednesday and Pugsley, Gomez suggests the family takes a road trip in the old Addams’ creepy camper van. And it’s nothing but chaos, of course. Produced by MGM and BRON Studios, The Addams Family 2 is described as an “animated comedy.”

“In this all new movie we find Morticia and Gomez distraught that their children are growing up, skipping family dinners, and totally consumed with ‘scream time,’” the movie’s description reads. “To reclaim their bond they decide to cram Wednesday, Pugsley, Uncle Fester and the crew into their haunted camper and hit the road for one last miserable family vacation. Their adventure across America takes them out of their element and into hilarious run-ins with their iconic cousin, IT, as well as many new kooky characters.”

The Trailer Reveals They Stop At Bunch Of Landmarks

In the trailer released by MGM Studios in July, the family makes a stop at Niagara Falls where Pugsley takes an involuntary dive into the water, thanks to a voodoo doll. And speaking of Pugsley, he also apparently blows up the Grand Canyon. We also see Cousin It riding up to the beach in a Cadillac jetski.

Who’s In The Sequel?

Fast and Furious’s Charlize Theron and Star Wars’ Oscar Isaac return as Gomez and Morticia Addams. Nick Kroll is back as Uncle Fester and Hocus Pocus 2’s Bette Midler is grandma. And we’re not sure how many speaking parts Cousin It may have, but Snoop Dogg has lent his voice to the role.

Is It Appropriate For Young Kids?

Good news! The Addams Family 2 is rated PG, just like 2019’s animated The Addams Family was. While specific plot points about why it’s rated PG (and not G) haven’t been released just yet, Common Sense Media found the 2019 movie to be appropriate for kids ages 7 and up that wasn’t too “spooky” and had “a few scares.” So it seems safe to say that The Addams Family 2 would also be OK for the kids and have more laughs than anything.

Mark your calendars! The Addams Family 2 premieres in theaters on Oct. 1.