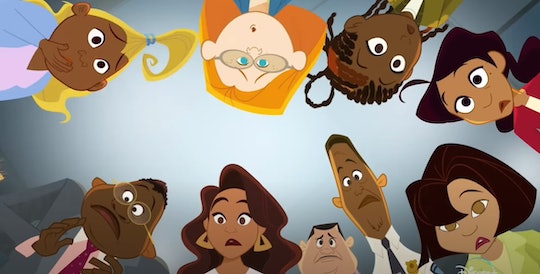 The Proud Family: Louder & Prouder Is Returning For Season 2 On Disney+

The trailer reveals there’s lot of laughs in store!

Get excited! The Proud Family: Louder and Prouder will be returning for Season 2 and if it’s anything like the first season of the reboot, we can expect to see all kinds of surprises and special guests. Disney has already dropped the trailer for Season 2 and it revealed quite a bit, like Suga Mama’s new sleep apnea mask and Penny using a kangaroo as a mode of transportation. So here’s everything we know so far about the upcoming season.

Where did The Proud Family: Louder and Prouder Season 1 leave off?

The end of the first season of The Proud Family: Louder and Prouder revealed some surprises, including an in-depth look into Suga Mama’s past love life and family, played by Jo Marie Payton. As a matter of fact, the season finale ended on a bit of a cliffhanger but viewers did get to see where the Proud matriarch came from as well as some challenges within the family.

The original cast is set to return in Season 2.

The trailer is here!

The trailer for Season 2 premiered on Sept. 19 during Disney’s D23 expo week. In it, we see that Suga Mama requires power tools for a foot massage and there’s even a Disney princess party to look forward to in Season 2. We also see Penny and her friends attending a protest with the characters shouting “What do we want?! Justice! When do we want it? Now!” Oh, and Suga Mama also rides a bull. So yes, lots of laughs and great stories are in store!

Olympians and Hamilton stars will appear as special guests.

When will The Proud Family: Louder and Prouder Season 2 premiere?

Season 2 of The Proud Family: Louder and Prouder will premiere on Disney+ in February 2023.

The first season is available to stream now on Disney+, along with the original animated series, which celebrated its 20th anniversary last year. The original Proud Family ran on the Disney Channel between 2001 and 2005. The reboot picks up with Penny and her family and friends as the group ventures into high school.

More Like This
Exclusive: 'Firebuds' Dives Into Hanukkah Traditions In Festive New Episode
Surprise Your Kids With This Exclusive Sneak Peek At Mickey Saves Christmas
Brandy Will Play Cinderella Again In The Disney+ Movie The Pocketwatch
20 Heartwarming Episodes To Help Prepare Your Child For A New Sibling