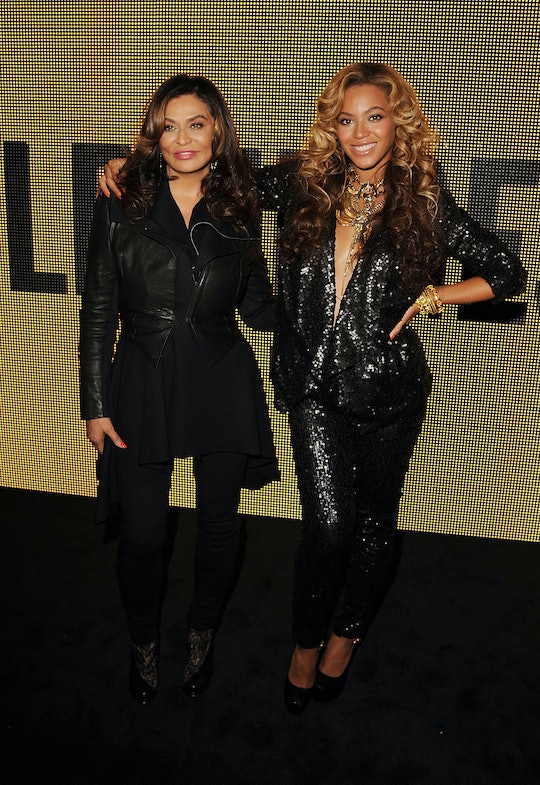 Tina Knowles-Lawson Was Mistaken For Her Daughter Beyoncé

Beyoncé gets it all from her mama!

Beyoncé’s latest Ivy Park collection was a family affair that featured all three of her children — Blue, Sir, and Rumi — as the cutest little models. The singer’s nephew as well as her mother, Tina Knowles-Lawson, also made appearances in her new promo video. But, apparently, some fans didn’t even notice the 67-year-old matriarch because she was mistaken for her daughter.

Knowles-Lawson was featured in the Ivy Park Rodeo wearing an Ivy Park denim top and cowboy hat, on top of a horse. But many Beyhivers apparently thought she was her 39-year-old superstar daughter, who also wore the same top in another clip of the video.

“That’s me on a horse for the first time in about 25 years,” Knowles-Lawson captioned a still of the video shared on Instagram. To clear the mistaken identity air, she added, “Some people have been saying ‘I thought that was Beyonce.’”

Knowles-Lawson has always been a role model Beyoncé looked up to. The former hairstylist and designer is credited for creating many of Destiny’s Child early looks, the R&B girl group in which her daughter was the lead singer. In a recent interview with Harper’s Bazaar, Beyoncé talked about her mother and the influence she’s had on her life. “My mother has always been my Queen and still is,” Beyoncé told the magazine. “She has always been so strong and is filled with humanity. She worked 18 hours a day with calloused hands and swollen feet. No matter how tired she was, she was always professional, loving, and nurturing. I try to handle my work and run my company in the same way.”

This is not the first time there was a bit of identity confusion among the Knowles women. Back in April, Knowles-Lawson posted a throwback school picture of one of her daughters on her Instagram and there was a bit of a debate on whether the image was of Beyoncé and Solange.

The moral of the story? Those family genes are just that good!