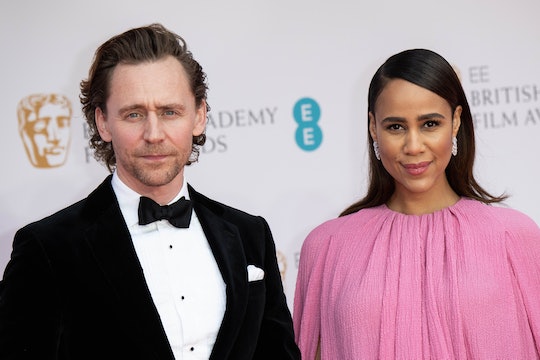 Apparently they’re not sleeping much.

Tom Hiddleston and Zawe Ashton are officially first-time parents! The engaged couple have reportedly welcomed their first baby together recently, and as ever with the incredibly private couple, they’re not giving any details.

A source close to the couple told Us Weekly that the Midnight In Paris star and Ashton are new parents. “Tom and Zawe are loving being new parents and are filled with joy,” a source told the magazine. “They have been having the struggles of new parents and aren’t sleeping much but are thrilled.”

Neither Hiddleston nor Ashton have shared any information about their new roles as parents, which is par for the course considering they never officially announced Ashton’s pregnancy either. The actress simply premiered her growing baby bump at the New York premiere of her movie Mr. Malcolm’s List at the end of June and let that bump speak for itself.

No further details about the baby’s birth date or name were shared by the source. And certainly not by the couple as is their habit. To be fair, if they weren’t interested in sharing details of their pregnancy they would be even less likely to share tidbits about their baby now that they are sleep-deprived parents.

The two British ex-pats were first linked back in 2019 when they starred together in the Broadway play Betrayal, and apparently bonded over their shared experiences at the time. “Being Brits abroad, they would hang out frequently. Zawe and Tom showed great affection for each other, and you could also see that coming off slightly in their onstage performance,” a source told People at the time. Later that year Hiddleston confirmed their engagement by telling the Los Angeles Times in an interview, “I’m very happy.” For her part, Ashton confirmed their engagement by wearing her engagement ring in public. And that was that.

Now that they’re getting accustomed to their new roles as Mom and Dad (or Mum and Dad as the case may be for the two Brits), we can only hope that life gets even happier for Hiddleston and Ashton.

Not that they’ll tell fans or anything. But we wish them well regardless.