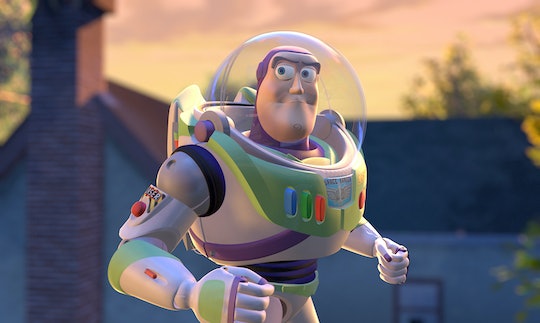 We might never have met Jessie, can you imagine?

We are mere months away from the premiere of the Toy Story origin movie Lightyear being released. The folks at Disney/Pixar are probably ready to celebrate another successful movie in the Toy Story franchise, but let’s all remind them to back up their back-ups please. Because there once was a time when Toy Story 2 got deleted. And the only way it was saved was by a pregnant woman on maternity leave who had it on her computer at home. And now that mom is set to gift us with more Disney magic as a producer on Lightyear.

That’s right. We might never have met Jessie. Or Stinky Pete. The whole franchise could have come crashing down right there and then where would we be? We wouldn’t necessarily be getting a Lightyear movie, that’s for sure.

Back in 1998, Pixar was getting ready to release the follow-up to the smash hit Toy Story starring Tom Hanks as Woody and Tim Allen as Buzz Lightyear. Oren Jacob, who was the chief technical officer at Pixar at the time, was sitting down to watch a cut of the film when he noticed that characters were starting to vanish. It seems someone had essentially hit the wrong button, and the movie was disappearing.

“Unfortunately, someone on the system had run the command at the root level of the Toy Story 2 project and the system was recursively tracking down through the file structure and deleting its way out like a worm eating its way out from the core of an apple,” Jacob told The Next Web in 2012.

Chris Albon recently shared a tweet about this incredible story, which has made the rounds before, in the lead up to Lightyear being released in June 2022. “Someone at Pixar deleted all of Toy Story 2 and the backup hadn't worked for a month, and the only reason we saw that movie was b/c someone on maternity leave had a copy of it on her home computer. Her name is Galyn Susman and she is now the producer for the new Lightyear movie!”

Keeping in mind that hundreds of people had been working on Toy Story 2, Jacob panicked. Huge swatches of the movie had been deleted, and since this was 1998, Pixar backed up their information on tape. None of the back-ups worked, but they were in luck.

Susman, who was the supervising technical director, had a back-up copy on her home computer as she was working from home with her newborn baby. They brought her computer, wrapped in blankets to protect it, back to the studio and the movie was saved, Jacob told The Next Web.

Because once you’ve managed to save a multimillion dollar animated movie from being permanently deleted while also caring for a newborn baby, you’ve pretty much won at life, haven’t you?

More Like This
20 Memorial Day Movies To Watch As A Family This Year
'Hocus Pocus 2' Officially Has A Release Date To Look Forward To
Kate Middleton Explains Why Her Kids Couldn't Attend The Top Gun: Maverick Premiere
Johnny Depp’s Fans Are Harassing His Daughter Lily-Rose Online & It’s Not OK