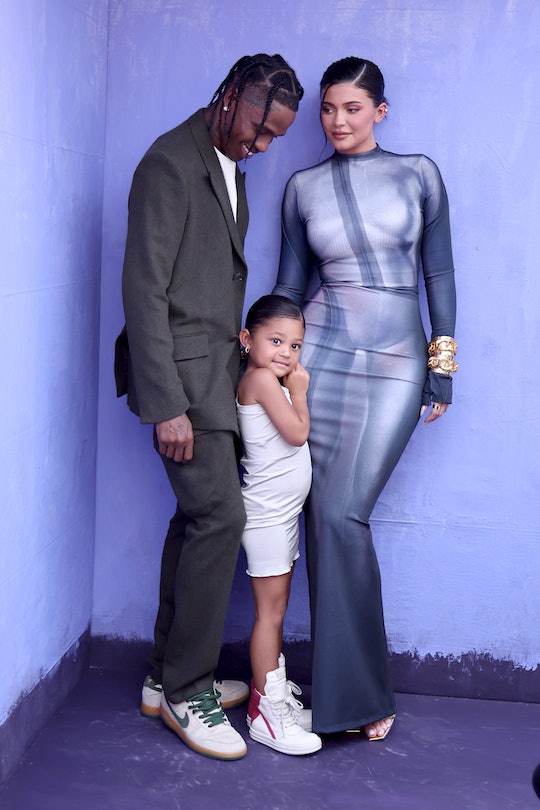 Picture it now... Stormi the Scientist.

If he ever decides to step away from his music career, Travis Scott can always look into becoming a science teacher for little kids. He certainly seems to be enjoying his time with 4-year-old daughter Stormi learning about volcanoes, at any rate. Kylie Jenner captured the father and daughter duo learning about volcanoes in the backyard in a cute TikTok video, and it’s hard to tell who is having a better time. Scott or Stormi.

The mom of two posted a video of Scott with their daughter Stormi preparing a kids’ volcano kit in the outdoors, where the proud dad was doing the thing all of the best teachers do. Letting Stormi take over some steps. He showed her how to add water to the inside of the volcano with a syringe and then adding a few drops of food coloring to the concoction. The sweet girl counted it all out so carefully, and then Scott moved the science experiment to the grass to continue the lesson.

“What’s it called when it’s inside the volcano?” he asked Stormi. “Magma,” she answered. “And then when it comes out, what’s it called?” Scott continued. Stormi knew the answer, “Hot lava.”

She added a few scoops of baking soda, and then father and daughter sat back to watch the show.

Scott might have cheered even louder than Stormi as the “hot lava” poured over the sides of the volcano. And isn’t that what every kid wants? A parent who is just as excited as they are to discover new things.

The rapper has been a real hands-on dad with both Stormi and her baby brother, whose name was once Wolf Webster before his parents decided it didn’t work for him. The parents have said that they will share his name when they are ready. Jenner shared a photo of Scott with their son on Father’s Day where he was laying in bed alongside his daughter with his son sleeping on his chest. He was trying to eat while letting the baby boy sleep, a classic hands-on parent move if ever there was one.

Just like his backyard moment with daughter Stormi, Scott is proving to be one of those dads who just seems to really love hanging out with his kids. And honestly? That’s really all they want. As evidenced by Stormi’s happiness doing that volcano experiment with her dad.