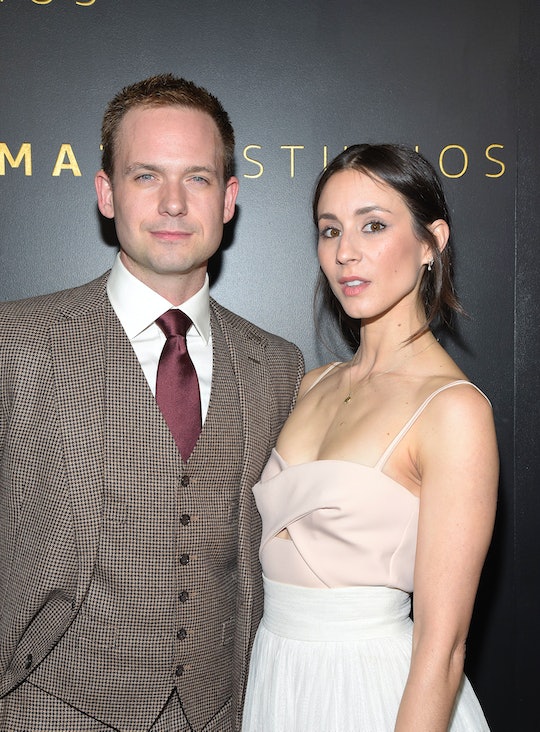 “By the time I turn my head around, Troian is fully on her hands and knees.”

Every birth story is different. It doesn’t matter how your baby arrives so long as you are both safe and happy and well. Sure, maybe Troian Bellisario giving birth in her car was not on her top five list of ways to welcome her second baby into the world. But, bare minimum, it makes for a great story. And everyone seems to be doing fine now, so all’s well that ends well.

Bellisario and her husband, Suits actor Patrick J. Adams, spoke to Katie Lowe on her podcast Katie’s Crib about the arrival of their second daughter. He and the Pretty Little Liars actress are already parents to 2-year-old daughter Aurora, so they were already pretty well versed in the whole parenting thing. Although not much could have prepared them for their second daughter’s “unique and exciting” birth on May 15.

Bellisario went into labor and, as Adams drove to the hospital, things progressed quickly. Which was a surprise since Bellisario explained to Lowe that her first labor had lasted more than 26 hours.

Not so this time around. Adams explained that once they hit the hospital parking lot, they got to the point of no return. “As soon as I hit the button and get the [parking] ticket, she’s screaming,” he told Lowe. “I whip around, and by the time I turn my head around, Troian is fully on her hands and knees and we’ve gone nuclear.”

Baby girl Elliot’s arrival was a speedy one.

Help did not arrive in time. Adams himself delivered the baby as his wife was on all fours, “butt facing the windshield. Her butt’s at my head level, so I just go and pull down her pants and [the baby’s] head is right there.”

Adams delivered his daughter, turned her upside down as she cried and screamed, and that was how their second daughter, little Elliot Rowena Adams, came into the world. In the “wildest of circumstances,” as Bellisario wrote on Instagram to announce her daughter’s arrival, with Adams writing on his own Instagram pic of his baby girl holding his finger, “May your life be as unique and exciting as your arrival.”