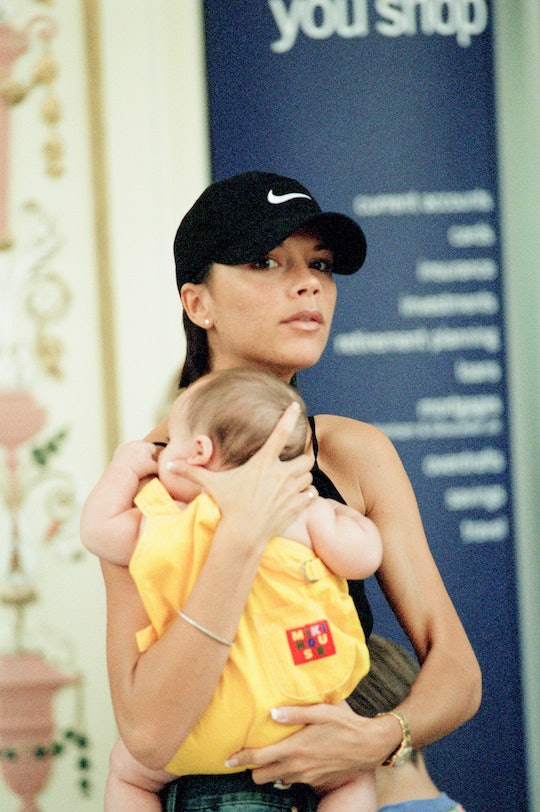 “He made me stand on the scales to be weighed.”

Victoria Beckham was a first-time mom back in 1999 when she was invited to be a guest on a talk show hosted by Chris Evans called TFI Friday. She had given birth to son Brooklyn just a few months earlier, and apparently had lost a lot of weight. Something Evans decided to call out on live TV by not just discussing it, but also forcing the new mom to weigh herself. And Beckham remembers the shocking experience more than two decades later.

In a recent interview with Vogue Australia, the fashion designer opened up about a long-ago interview where she was made to feel incredibly uncomfortable. After she and husband David Beckham welcomed their son Brooklyn, she was being interviewed by Evans when the subject of her weight was brought up. “I went on a TV show with Chris Evans many years ago and I'd just had Brooklyn and lost a lot of weight after,” Beckham told the magazine. “It happened to my mum after her pregnancies. It doesn't mean you have an eating disorder. And he made me stand on the scales to be weighed.”

The resurfaced video sees Beckham answering the awkward question, “How did you get back to your shape after giving birth?”

Beckham tries to move on and says, “I’m really lazy, I don’t really go down to the gym,” before Evans pushes further, asking, “Is your weight back to normal?” When she says that it is, he says, “Can I check?” and pulls a scale out from under his seat. He then proceeds to share her weight with everyone in the audience. “This is horrible,” she says with an awkward laugh.

It’s painful to watch. And for the mom of five, apparently uncomfortable to remember. “Can you imagine doing that nowadays?” she asked Vogue Australia before going on to call out how often her weight was discussed in the media through the years. “I’ve had ‘Porky Posh’, I’ve had ‘Skeletal Posh’,” she said. “After I had Brooklyn, there was a picture pointing to every single part of my body where I had to focus on losing the weight from.”

The discourse over postpartum weight and “bounce-back” culture affects all new moms, celebrity or otherwise. And while Beckham made a good point that being weighed on live television would not happen today, we’ve still got a long way to go before it’s eradicated completely.