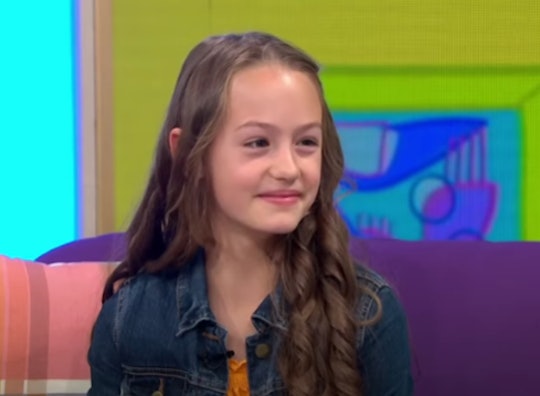 Some things are just written in the stars.

Here’s a little bit of toddler premonition for you. During an interview on the British morning talk show This Morning, Amelie Bea Smith, the voice of Peppa Pig, admitted her very first word was Peppa. She’s certainly not alone, of course. Surely there are plenty of toddlers out in the world who had the same first word. Peppa Pig is one of the most beloved children’s shows on the planet. But let’s face it; she’s the only one who would eventually become the voice of Peppa. For now, at least.

Bea Smith took over the role of Peppa Pig from Harley Bird, who had voiced Peppa from 2007 to 2020, when she was only 10 years old. She was familiar with the series, naturally. Very familiar. “I obviously used to listen to the show quite a lot when I was younger,” she told This Morning, and when asked what her first word had been she proved she was a super fan right out of the gate.

“It was Peppa,” she explained. Some things are just written in the stars.

The young actress grew into her role as Peppa, as well as her voice. “My voice has changed a lot from when I was younger,” she explained, saying that her “Peppa” voice is “quite similar, just slightly more Peppa.”

Before you go typecasting Bea Smith, you should know she already has a pretty outstanding resume beyond Peppa Pig. Fans of the hit Netflix limited series of 2020 The Haunting Of Bly Manor will remember her as the spooky little girl Flora, wandering around the property in her nightgown at night and giving everyone the chills with her vaguely familiar voice. It took many fans, including this person right here, quite some time to figure out that Peppa and Flora were one and the same person.

It might be surprising to some to see a 10-year-old with a solid career, but probably not to Amelie Bea Smith. She predicted with her very first word. Peppa.

How spooky would it be if her second word was Flora?