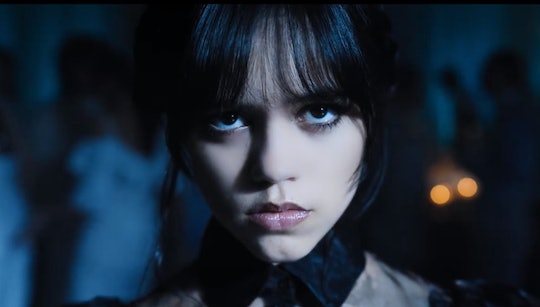 It’s Official! Wednesday Is Coming Back For Season 2

Snapping our fingers for this exciting update!

Viewers cannot stop snapping their fingers about Wednesday. The Netflix series featuring the iconic Addams Family teen premiered on Nov. 23 and quickly broke streaming records. With such an impressive start, can fans expect a second season of Wednesday? The short answer — Yes! Here’s everything we know so far.

Wednesday has been renewed for Season 2!

On Jan. 6, Netflix announced that the show will return for a second season. Details of the plot will be shared later, but series creators Alfred Gough and Miles Millar cannot wait to get back to the goth world of Wednesday Addams!

“It’s been incredible to create a show that has connected with people across the world,” Gough and Millar told Tulum. “Thrilled to continue Wednesday’s tortuous journey into season two. We can’t wait to dive head first into another season and explore the kooky spooky world of Nevermore. Just need to make sure Wednesday hasn’t emptied the pool first.”

Although a plot is not set in stone, Gough told Collider that a layout for Season 2 was already in motion. “You leave yourself open to see how people react to the first season, how they’re reacting to certain storylines, and how they’re reacting to certain characters,” Gough told the outlet. “It’s a roadmap, where I know how to get there on the interstates, but there might be some fun back roads that we can explore, as well.”

But Wednesday Season 2 could focus largely on family.

But one topic the creators did make clear that they want to dive into more in the second season is family, specifically the relationship between Wednesday and her mother Morticia. “The relationship between Wednesday and Morticia is also essential to the show, and the idea that Wednesday is trying to forge her own path outside the family is important,” Millar told TVline. He added that the show’s focus will be Wednesday but he definitely would like “to feature the family.”

Millar added, “The series is really about a girl who sees the world in black and white, and learning there are shades of gray. I think like any relationship or any friendship, it can get complicated by other factors. It’s never going to be smooth sailing. And it’s really her learning to navigate the ups and downs of friendship.”

In the first week the series premiered, Wednesday set a new streaming record with over 341 million hours viewed on Netflix, according to Deadline. And it’s easy to see why.

In Wednesday, Jenny Ortega plays the adolescent goth, who tries to adjust to life at the boarding school, Nevermore Academy, while also solving a murder mystery that entangled her parents and investigating the beast behind the monstrous killing spree in the local town nearby. It has all of the teen drama, including the love-hate relationship a teen girl has with their mother, plus a few werewolves, shapeshifters, ghosts, sirens, piranhas, a cursed Pilgrim, and a Hyde. And then there’s Thing, who shows us what a true five-finger discount looks like!

The comedy-horror also stars Catherine Zeta-Jones as Morticia, Luis Guzmán as her father Gomez, and Isaac Ordonez, as her younger brother Pugsley, whom she claims to despise but fiercely protects (hence, the piranhas and boys swim team scene at the beginning) At the end of Season 1, the students go home for the semester and many fans are already anxiously awaiting Season 2.

Where to watch Season 1 of Wednesday?

All eight episodes of the first season of Wednesday are available to stream on Netflix. Snap, snap!

More Like This
10 Parenting Lessons We Learned From Red & Kitty In 'That '70s Show'
Exclusive: Watch How A Group Of Princesses Save The Day In Netflix's New Animated Series
When Does 'Yellowstone' Season 5 Come To Peacock? Not Soon Enough
Hey Fellas, 'Ted Lasso' Season 3 Is Coming Soon
What Parents Are Talking About — Delivered Straight To Your Inbox

This article was originally published on November 30, 2022